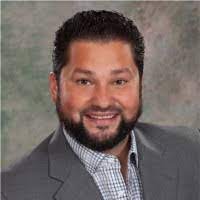 If Colorado Republicans are to have any hope of winning a majority in the State Senate in November, they probably need to win State Senate District 3 in Pueblo. The Republican candidate in the race, Stephen Varela, is already going to be digging himself out of a hole after numerous media reports focused on calls for him to resign from his position as the Board President of a local K-12 Preparatory Academy.

As James Bartolo writes for The Pueblo Chieftain:

Frustrations with the leadership at Chavez Huerta K-12 Preparatory Academy have generated a significant amount of media coverage lately, including from the local NBC News affiliate and KOAA-TV reporter Maggie Bryan:

During Tuesday’s board meeting, around 100 people showed up to fill the seats in the cafeteria inside Dolores Huerta Preparatory High School. Around 15 people spoke during public comment, including current teachers calling for the resignation of CEO Hal Stevens and Board President Stephen Varela.

“In light of the recent decisions by the board, I do not think the board prioritizes the students’ best interests,” said Arjun Sahdev, a seventh-grade math teacher at the academy. [Pols emphasis]

When he’s not pissing off teachers and parents of the school he helps oversee, Varela is running for SD-3 against Democratic Sen. Nick Hinrichsen (Hinrichsen is the “incumbent” in SD-3 after having been named by a Democratic vacancy committee in February to fill the remaining term of former Senate President Leroy Garcia). These are objectively bad stories for a candidate — particularly now, during the most visible time of the 2022 cycle — but as Heidi Beedle reports for the Colorado Times Recorder, Varela is trying to spin a tale of strength instead:

“This is very politically charged,” said Varela after the meeting was adjourned. “You have a big political movement here tonight, which is really good, because it shows my campaign, outside of being a board member, must be gaining traction.”

Or…most of these people don’t care about a State Senate race and are primarily upset that their children’s school is losing employees at an unsustainable rate. But hey, whatever makes you feel better, Stephen Varela.