A State Department grant of $500,000 to fund the promotion of the rights of atheists and other nonbelievers in the Near East and South-Central Asia has drawn fire from more than a dozen members of Congress who say the goal is to push atheism, which they assert is a component of “radical, progressive orthodoxy” worldwide.

The 2021 grants were designed to allow “members of minorities and marginalized groups — particularly atheists and nonbelievers” to network and campaign for their freedom alongside religious believers, but Rep. Jim Banks, Indiana Republican, and 14 other signers of a letter to President Biden and Secretary of State Antony Blinken say the funds could be used to promote atheism.

“It is one thing for the [State] Department to be tolerant and respectful of a wide range of belief systems, and to encourage governments to respect the religious freedom interests of their citizens,” Mr. Banks writes. “It is quite another for the United States government to work actively to empower atheists, humanists, non-practicing and non-affiliated in public decision-making.” 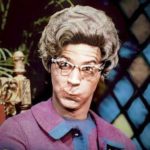 And why is that, you ask? From the letter signed by Rep. Lamborn and 14 other Republicans:

To be clear, atheism and “humanism” are official belief systems. [Pols emphasis] As an initial matter, therefore, we would like to know what other United States government programs supported with appropriated funds are being used either to encourage, inculcate, or to disparage any official belief system – atheist, humanist, Christian, Muslim, or otherwise.

Your reaction to the drawing equivalency between atheism, which is the wholesale rejection of religion, with sectarian religion is probably going to hinge on whether you consider yourself personally religious. Athiests would argue that describing atheism as just another “belief system” along with major world religions is an insult, and a rejection of the science and reason atheists embrace instead of religious dogma. As long as atheists aren’t persecuting religious people, it’s hard to see what the argument is against supporting their participation in government like anybody else.

But again, we’re not the target audience. The same people who cheer on Lamborn as he attacks funding for “atheists” abroad also cheered the Supreme Court’s ruling last month upholding religious schools’ access to public funds.

Consistency has nothing to do with it.