What Pivot? Ganahl Bashes Media, Says She’ll Be Like DeSantis 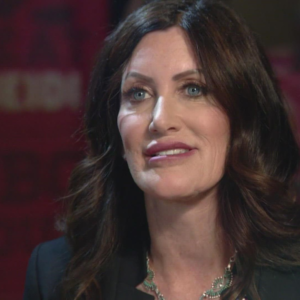 Fresh off her victory in Tuesday’s Primary Election, Republican gubernatorial nominee Heidi Ganahl made an appearance today on “The Ross Kaminsky Show,” which was guest-hosted by conservative blowhard Jon Caldara.

We would think that Ganahl would want to pivot her narrative toward a broader General Election audience now that the Primary is over, but instead she is still bashing the mainstream media and is now comparing herself to Florida Republican Gov. Ron DeSantis.

After affirming that she is definitely NOT a “RINO” (Republican in Name Only), Ganahl is prompted to go after the Colorado media and happily obliges.

Take a listen, or read the transcript that follows:

CALDARA: You’re going to have a media that’s in the pocket of the Governor. How do you deal with that? 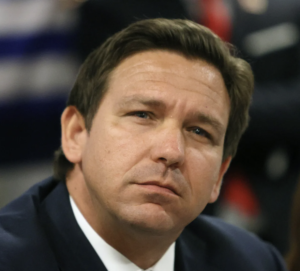 GANAHL: Well, I already have been, and I’ve learned that there’s no grace there. They have no interest in putting a fair story out, as evidenced by what happened in my own press conference last night, when the 9News gal just shifted all of this great conversation about the issues that people care about in Colorado to…I’ll let you guess what the question was about. And I was like, ‘you know what, we are moving on. We’re talking about the future. We’re talking about our kids, and crime, and the cost of living.’ They have no interest in talking about that because it’s just a constant ‘gotcha.’

But I’m going to take a page out of [Florida Gov. Ron] DeSantis’s book and, you know, give them hell back. [Pols emphasis] I’m going to call them out when they’re doing that, and I’m going to do my best to be on conservative radio and people who will get our voice out as much as I possibly can.

Ganahl is still very salty that reporters continue to ask her if she thinks the 2020 election was fair. As we’ve said many, many times in this space, Ganahl could put this question to bed IF SHE WOULD JUST PROVIDE AN ANSWER. But she won’t. Before the Primary Election, we assumed this was because Ganahl didn’t want to lose the support of MAGA diehards. Perhaps the real reason that Ganahl won’t answer that question is because she truly believes that the 2020 Presidential election was stolen from Donald Trump.

As the conversation continues, Ganahl gets even more riled up about the mean ol’ media who won’t give her a chance. This is the point where we remind you that Heidi Ganahl had REFUSED to sit down for an interview with ANY legitimate news outlet until mid-June. But, somehow, this is everyone else’s fault:

CALDARA: And on the bright side, there are fewer and fewer people watching those news stations and reading those newspapers. So, that’s a start. And also, by challenging the press I think you actually stand a better chance of earning some press, because even Coloradans are sick of the sympathetic media that runs this town. It’s just…it’s just disgusting. Call them out. I urge you to call them out. It will only help you and your campaign.

GANAHL: Thanks Jon, but I need everybody’s help on that, too. I need people to have my back on social media when I do push back and not do an interview with our buddy Kyle [Clark] because he’s an activist, not a journalist. Instead of, you know, getting upset or angry, have my back. Support me, and I’ll do any other interview they want me to do. But we can’t play their game anymore. [Pols emphasis] We’ve got to push back and have a spine and say, ‘I’m not going to go into your turf. Come to my turf, and play our game.’ 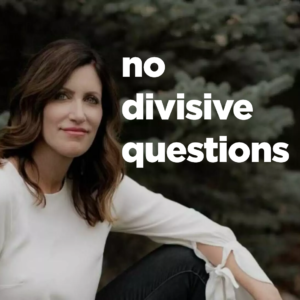 Incredible indeed. First off, that’s some real galaxy brain thinking by Caldara to suggest that the best way to get media coverage is to attack the media. Good luck with that.

Ganahl takes this thread further by promising that she will never agree to an interview with Kyle Clark of 9News (which is not a great idea, considering 9News is the most-watched local news station in Colorado). She then pledges that “I’ll do any other interview they want me to do.” Again, we remind you that Heidi Ganahl REFUSED to sit down for an interview with ANY legitimate news outlet from the time she launched her campaign in Sept. 2021 until about two weeks ago.

Ganahl was likely surprised to find out that she had won the GOP nomination for Governor, considering that she initially planned not to even make a public appearance on Election Night. Nevertheless, a better candidate running a better campaign would have been more prepared to make the appropriate pivot toward a broader swath of Colorado voters.

If you’re not excited about the prospect of Ganahl continuing into November, you’re not alone. Ganahl just had the first test of the rest of her campaign, and she failed miserably.