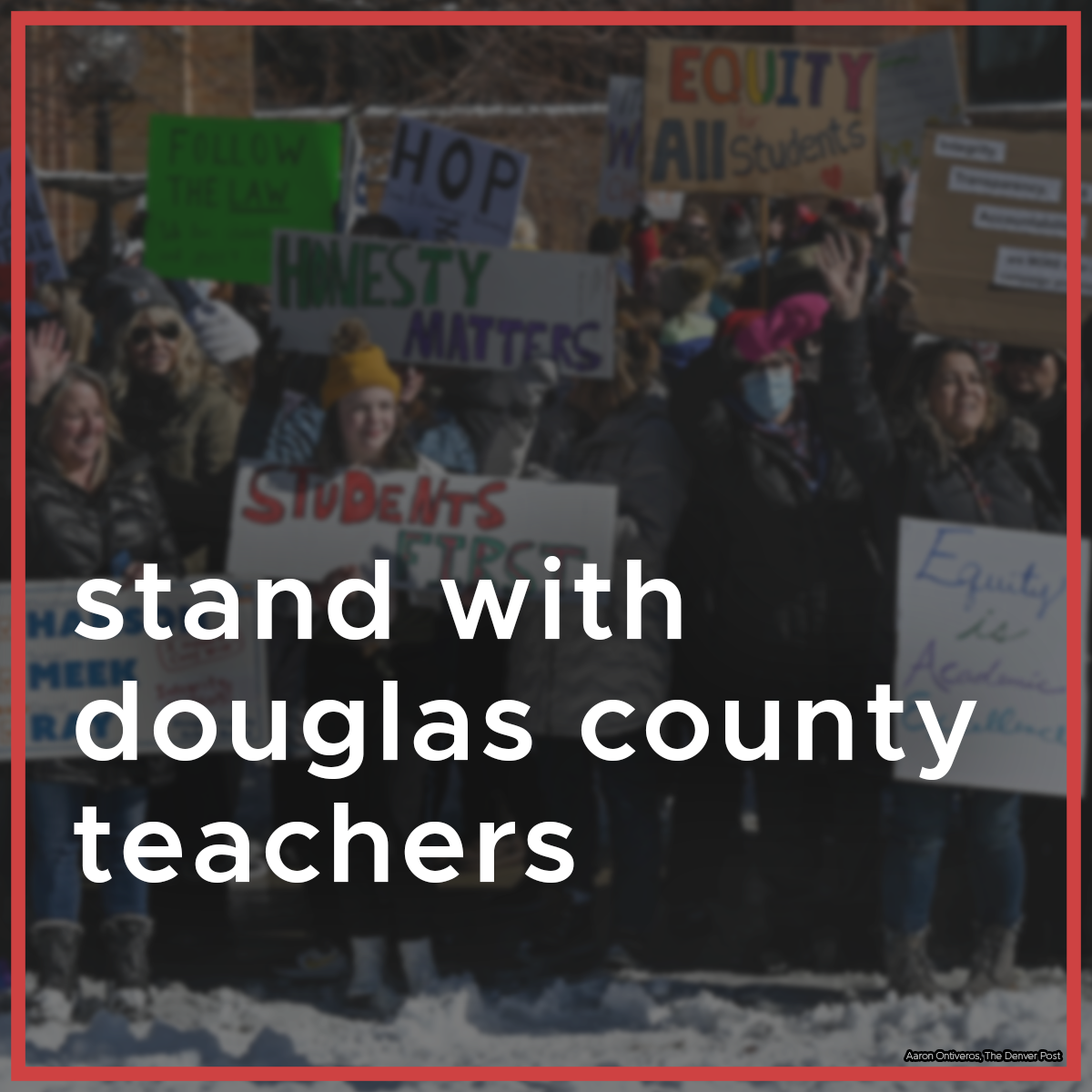 In the last few weeks, we’ve witnessed another brazen right-wing assault on public education in one of Colorado’s largest public school districts. After a far-right majority took office in the 2021 off-year elections, Douglas County’s Board of Education has launched a political purge of the district–dismantling programs meant to teach equity to students and terminating the district’s popular superintendent without cause.

And then it got worse. When Douglas County teachers protested against the secret and potentially illegal side-dealing to engineer the firing of Superintendent Corey Wise, local conservative radio hosts and even a former Republican candidate for statewide office, George Brauchler, called for the names of teachers who protested to be publicly released.

You read that right. Republicans in leadership positions calling for individual teachers to be targeted for harassment. And even after the school board majority backed down and refused to release the names publicly, Brauchler is still defending his outrageous conduct. [1]

Is this the kind of public school politics–or for that matter any kind of politics–we want in Colorado?

Click here to tell George Brauchler and the DougCo school board majority you won’t stand for it.

The recent events in Douglas County are another reminder of the outright contempt conservatives have for public schools, and their desire to censor curriculum that makes conservatives uncomfortable. That’s not what education in America has ever been about. Every few years in Colorado conservatives sneak into power in a school board race and proceed to become a national embarrassment. That’s what it takes to remind voters of the damage the far right will do with our kids’ schools every time they have the power.

In 2022, we’re mobilizing to defend public education from threats without and within. Click here to take a stand against political experimentation with our public schools and attacks on teachers in Douglas County. We’ll keep you up to date on upcoming events and actions, and share your comments with the school board and the press.

Public education shouldn’t be a partisan petri dish. Messing with our schools is messing with our kids, and that should bring out the “Momma Bear” in all of us.