At Least It’s Not Your Legislator’s “Screw Democracy” Bill 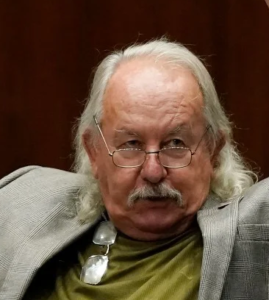 The Hill’s Reid Wilson reports on a bill introduced in the Arizona House that would, in the fortunately improbable event it were to be passed, allow the state legislature the opportunity following every election to decide if they care to accept the people’s judgment.

If you’re thinking to yourself “wait, that’s not how democracy works,” congratulations–you paid attention in civics class!

An arch conservative member of Arizona’s state House of Representatives has proposed a mammoth overhaul of the state’s voting procedures that would allow legislators to overturn the results of a primary or general election after months of unfounded allegations and partisan audits.

The bill, introduced by state Rep. John Fillmore (R), would substantially change the way Arizonans vote by eliminating most early and absentee voting and requiring people to vote in their home precincts, rather than at vote centers set up around the state.

Most dramatically, Fillmore’s bill would require the legislature to hold a special session after an election to review election processes and results, and to “accept or reject the election results.” [Pols emphasis]

In the hands of a legislature that didn’t like the result delivered by the voters, which is the case in Arizona in 2020 where Joe Biden narrowly won and the Republican-controlled government coped with this reality very badly, we’re talking about giving lawmakers veto power over their own voters. That’s in line with what Donald Trump asked of Republican lawmakers in Arizona and other swing states after the election, but even the most ardent MAGA diehards were unable to get enough fellow Republicans behind them to actually override their voters’ will.

Obviously, this legislation goes well beyond anything we’ve seen in the Colorado legislature this year from Republicans. Rep. Ron Hanks introduced a bill for “Paper Ballot Fraud Countermeasures,” presumably to make sure they’re not from China–and Rep. Mark Baisley said he would support legislation to enclose voting machines in tinfoil to prevent them from being tampered with wirelessly like…you know, a brain without a tinfoil hat. To be honest, if our local Republicans stay preoccupied with crazypants sideshow angles like these instead of trying to give themselves the power to reject the will of the voters, that’s fine with us.

Because there are Republicans elsewhere who want to do some frighteningly undemocratic things.