(A trip down memory lane — Promoted by Colorado Pols) 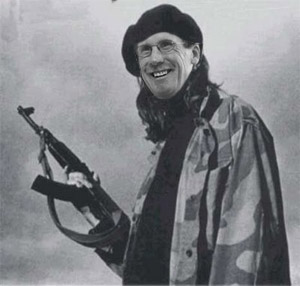 Former Colorado Supreme Court Justice Gregory Hobbs is being remembered this week for his impressive contributions to Colorado (from water law to poetry), but Hobbs’ craziest and most powerful impact on the state was unintentional: In 2010, former U.S. Rep. Scott McInnis (R-CO) plagiarized Hobbs’ work, leading to a scandal that knocked McInnis out of the gubernatorial race that year, and opened the door for John Hickenlooper to become Colorado’s governor when he otherwise arguably would have been defeated by McInnis or another sentient Republican.

As it was, the plagiarism scandal led Republicans to explode into self-destruction and, eventually, to split their votes between the eventual (and inept) GOP nominee, Dan Maes (who defeated a wounded McInnis in the GOP primary), and unflinching former U.S. Rep. Tom Tancredo (R-CO), who ran as the American Constitution Party candidate.

Asked in 2010 about the apparent plagiarism, Hobbs told The Denver Post, which broke the scandal, “There are definite similarities. I would expect there would be some attribution.”

That’s all he said on the matter.

In a fatal mistake, McInnis blamed his researcher Rolly Fischer, who died in 2016, for the plagiarism.

“I had staff assistance, I had research, and as you know, the research – that’s where the problem is here,” McInnis told Denver 7 at the time. McInnis added on the radio that his assistant felt “very remorseful” and “sick about it.”

But, Fischer told Glenwood Springs Post-Independent, “Scott’s responsible for it.”

Ferrugia asked, “Rolly, is Scott McInnis lying to us?” After some thought Fischer said, “Yes.” The 82-year-old said, “I never knew about the foundation or any foundation Scott was associated with.” “Did you know how he was using these?” Ferrugia asked, referring to the articles. “No. I had this sophomoric assumption that he wanted them for his own inventory,” said Fischer.

Hickenlooper is now a U.S. senator and Mcinnis is a Mesa County commissioner.

The price tag for the McInnis’ musings ($300,000 paid by the Hasan Family Foundation to McInnis over two years), which was revealed in a talk-radio appearance by McInnis, first raised questions because experts in Colorado’s water community hadn’t seen McInnis’ writings, and it turned out they’d never been released to the public. Pressure from the media, the Hasan Foundation, and others led McInnis to release his essays.