UPDATE: Via “The Unaffiliated” newsletter from The Colorado Sun:

Ganahl has a difficult path ahead of her. “We’ve got a long road ahead,” she said Tuesday, acknowledging her challenges. 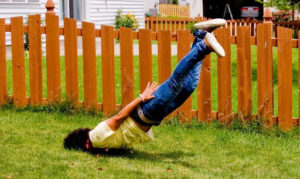 Newly-announced Republican gubernatorial candidate Heidi Ganahl met the media for the first time as a candidate this morning. It did not go particularly well.

Ganahl was primed and ready to talk about her own life story and to barf out platitudes about “freedom” and “the Colorado spirit” and all the other specious crap that newly-minted statewide Republican candidates recite like mantras.

But when it was time to answer some real questions, Ganahl took a header into the floor:

We asked Heidi Ganahl if the 2020 election result was legitimate and she wouldn’t answer that question. She also wouldn’t answer when asked if she supports the pending proposal to close Colorado GOP primaries.

Look, we get that answering a question about the legitimacy of 2020 election is a delicate task for a Republican candidate in 2022. However…if you aren’t prepared to answer this question, then you shouldn’t be running for statewide office. Period.

In a normal world, this simple question would be met with a straightforward answer: “Yes, the 2020 election was legitimate.” Ganahl either doesn’t believe this to be true or is too afraid to reveal to her Republican base that she is not an election fraud truther.

As Chris Cillizza explains for CNN, supporting “The Big Lie” is now part of the Republican DNA:

There’s an interesting nugget buried in the new CNN national poll that shows just how much election denialism has fused with what most people think it means to be a Republican.

What the poll makes clear, then, is that for a majority of Republicans and Republican-leaning independents, believing the Big Lie is an important part of calling oneself a “Republican.”

(For more on this idea, check out Greg Sargent’s take last week for The Washington Post.)

Ganahl faces a similar problem when it comes to commenting on efforts by the GOP base to remove itself from Colorado’s open primary system. The right-wing base in Colorado wants to have the ability to choose its nominee for a General Election without having to worry about the input of, well, anyone else. Moderate Republicans recognize this potential problem for what it is, but the GOP Central Committee will still try to make it official on Saturday, Sept. 18. Ganahl doesn’t want to take a position on this subject because she could risk alienating the very people who might end up deciding who gets the GOP nomination for Governor in 2022 — a group that could decide that former 2018 candidate Greg Lopez is the more acceptable candidate to challenge Democratic incumbent Jared Polis in 2022.

Here’s more from Alex Burness of The Denver Post on Ganahl’s kickoff this morning:

On Saturday, state party officials will vote on a controversial proposal to end open primaries on the GOP side, which would exclude millions of voters from the process of selecting its nominees for major offices. Ganahl declined to take a side in that debate, and also declined to say whether she believed the 2020 presidential election was conducted legitimately. [Pols emphasis]

“I’m not going to get into that right now,” she said. Many state lawmakers say election integrity is a problem, and a smaller faction question whether the election was outright stolen.

Ganahl’s refusal to answer these two questions is a serious red flag about who she is as a candidate. It should also scare the crap out of Republicans hoping to make a serious run at Polis next year. Any dope could have predicted that these questions would be first out of the media chute; it’s inexcusable that Ganahl didn’t have a prepared answer for either one of them. Inexcusable, perhaps, but not surprising giving how bad Ganahl bungled the simple process of just announcing her candidacy.

Statewide Republican candidates have been crushed in Colorado in the last two election cycles, losing to Democrats by an average of 10 points. Somehow, Heidi Ganahl managed to find a way to limbo underneath what was already a very low bar.