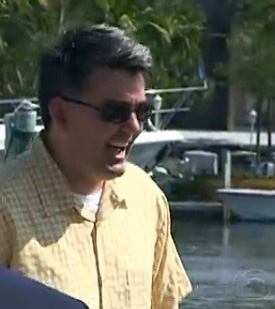 Last fall, in the wake of Justice Ruth Bader Ginsburg’s passing, and as Republicans scrambled to confirm Amy Coney Barrett to the high court, Democrats told voters the future of reproductive rights was on the line in the 2020 elections.

And Republicans, realizing that they’re on the wrong side of public opinion, furiously pretended otherwise.

Here in Colorado, where voters have overwhelmingly rejected repeated attempts to ban abortion via statewide ballot initiatives, the conventional wisdom that abortion rights were not in serious danger despite mounting evidence to the contrary took a very long time to change. In 2014, the Denver Post infamously told its readers in their endorsement of Cory Gardner in his U.S. Senate bid that “Gardner’s election would pose no threat to abortion rights.” Perennial legislation from minority Republicans to criminalize and impose restrictions on abortion in the Colorado General Assembly was trivialized by the local media, believing as they did with Gardner that the actual threat to abortion rights was remote–or happy to keep up a pretense that just happened to have saved Gardner’s ass in 2014.

In retrospect, this was one of the greatest deceptions in Colorado’s political history.

Gardner went on to participate in the GOP Senate majority’s denial of a fair hearing and vote for Merrick Garland in 2016, then proceeded to help Donald Trump appoint three conservative Justices in only four years. And even though Gardner was soundly defeated in last year’s elections, late last week, Colorado’s Republican congressional minority carried his torch in calling for the 6-3 conservative Supreme Court Gardner left in his wake to overturn the landmark Roe v. Wade decision guaranteeing abortion rights:

U.S. Reps. Ken Buck, Doug Lamborn and Lauren Boebert signed on to an amicus brief in support of Mississippi, which wants to enforce its ban on abortions after 15 weeks of pregnancy.

The brief cites the landmark abortion cases Roe v. Wade, which in 1973 upheld the constitutional right to an abortion, and Planned Parenthood v. Casey, which upheld Roe in 1992.

“These precedents should be reconsidered and, where necessary, wholly or partially overruled,” the brief’s authors argue.

Even as abortion rights activists in Colorado have fought off repeated attempts to criminalize abortion, at the federal level abortion rights have been brought to the brink of ruin thanks in no small part to Cory Gardner’s role in reshaping the Supreme Court for the next generation. If Roe v. Wade is overturned and abortion rights become a state-by-state issue, Colorado is expected to become a “haven” for women seeking abortion care from states where abortion is outlawed. And of course, Colorado’s own longstanding and robust protections for abortion rights will truly be only one election away from ending.

We know there are readers who are tired of hearing about Cory Gardner and the “Big Lie” of 2014 in Colorado politics. Even Colorado GOP chairwoman Kristi Burton Brown, who got her start as the face of the “Personhood” abortion ban measures, says her goal today is “not to push one particular issue but to actually win.” A whole class of political pundits, consultants, lackeys, minions, and flunkies would like to move on from this grand yet old deception. After all, Cory Gardner doesn’t need it anymore.

If the Trump Court rules as Trump promised they would, that will be impossible. Just in time for the 2022 election cycle, abortion could be the defining issue it should have been in 2014.