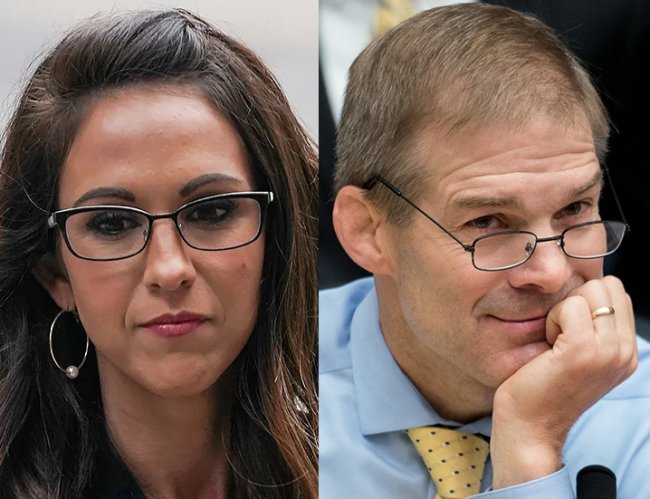 While Republicans in El Paso County reckon with the upcoming keynote speaker for their county party’s annual Lincoln Day fundraising dinner, the Q-believing, mass-shooting denying, Jewish space laser early warning system Rep. Marjorie Taylor Greene of Georgia, over in Colorado’s other conservative stronghold of Mesa County, freshman Rep. Lauren “Q*Bert” Boebert is doing her level best as usual to keep things just as exciting. In addition to bringing her always-colorful “carnival barker” self, Boebert found a second special guest for the Mesa County Lincoln Day dinner–and folks, you’re going to want to keep the kids close for this one!

Western Slope blogger Anne Landman reports, and we mean it. Don’t let the kids out of your sight:

Several groups, including the Mesa County Democrats, are asking people to turn out to protest the event.

Rep. Jordan is a former wrestling coach at Ohio State University (OSU) who former university students accuse of helping cover up sexual abuse by the team doctor, Richard Strauss. A multi-million dollar investigation by OSU revealed Strauss had molested “at least 177 males students” between 1979 and 1996. Jordan worked at the university during that time, from 1987-1995. Six former wrestlers say Jordan knew about the molestation and didn’t do anything. A wrestling referee said he reported the abuse to Jordan but Jordan didn’t do anything to help the victims. Some students report that Jordan asked them to help cover up the abuse. The whistleblower who first exposed the abuse said he got a phone call from Jordan “begging” and “crying” to him not to corroborate accounts of the abuse.

For believers (and “familiars” like Boebert) in the “QAnon” conspiracy theory, which to refresh everyone’s memory alleges that global pedophile elites are trafficking babies to harvest youth elixir from their blood, Reps. Jim Jordan and ally of both MTG and Boebert Matt Gaetz present the complication of being actually accused of either sex crimes involving kids or complicity in covering such crimes up. It’s always been curious to us how believers in a global pedophile conspiracy overlook this stuff where it concerns the political leaders most closely aligned with their movement.

And yes, it’s curious that it doesn’t faze Rep. Lauren Boebert now that she is one of those leaders.

If you’ve got $125, or a protest sign for outside, maybe you’ll get to pose the question.