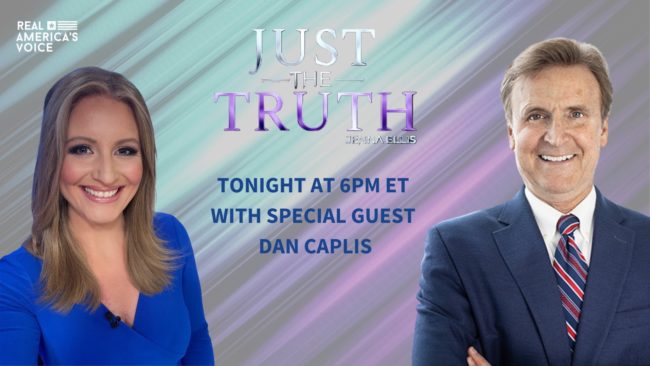 A mercifully small number of people interested in the earliest phase of the 2022 U.S. Senate race in Colorado will tune into the far-right Real America’s Voice streaming news channel this evening to watch former Donald Trump couptorney Jenna Ellis, desperately trying to avoid the ignominious fate of co-coupspirators Rudy Giuliani and Sidney Powell by career-shifting to conservative commentator, interview longtime local ambulance chaser and perennial would-be but never seems to be serious Republican candidate Dan Caplis–most recently name-checked as a potential GOP challenger to incumbent Sen. Michael Bennet. Caplis has been inserting himself into preliminary campaign rumors in literally every election cycle since at least 2008 without success, so it’s important to take his machinations with a larger than usual grain of salt.

The ostensible subject will be Trump’s lawsuit announced today against Facebook, Twitter, and Google, which competent legal opinion doesn’t put much stock in. It’s a much safer subject matter for both Ellis and Caplis than, for example, the six-month anniversary of the January 6th insurrection at the U.S. Capitol this week. Caplis regularly hosted Ellis after the 2020 elections to hype her baseless claims that the election was stolen while the promotion of the Big Lie was ramping up, as noted by the Colorado Times Recorder:

Caplis told Ellis how impressed he was with her professionalism.

“As this gets into courtrooms, I hope that you become the leader of the [Trump] team,” said Caplis on air. “Because it is moments like this where some of the greatest legal talent in American history has had a chance to show itself. And boy, I would love to see you at the tip of the spear.”

But after Trump’s supporters stormed the Capitol, Caplis didn’t want to talk about any tips of any spears:

Every single person who is violating the law at the U.S. Capitol right now should be immediately arrested and prosecuted to the full extent of the law, including imprisonment. @630KHOW

As for whether or not Caplis still believes that the 2020 election was stolen, like Ellis does even though Ellis reportedly doesn’t buy Sidney Powell’s latest theory that Trump will be “reinstated” sometime next month? We’ll have to see what Caplis has to say about that in the friendly confines of Ellis’ program tonight. But Caplis’ predicament is illustrative of the difficulty Republicans face in 2022, with the need to please the Trump-loyal base by forcibly regurgitating the Big Lie for the primary–and then somehow try to pivot and be taken seriously by a majority of general election voters.

With that said, Dan Caplis is not the answer to this riddle any more than he was in 2008.