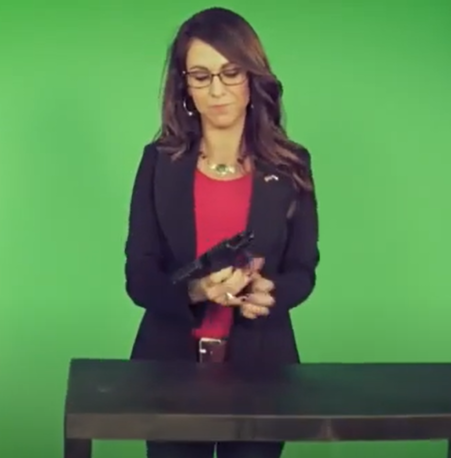 A feature-length story today from Politico’s Jennifer Oldham has one of the more comprehensive recent examinations of what may be the hardest region of Colorado to nail down politically: Pueblo, the diverse working-class southern Colorado population center that might (load-bearing “might” here) play a major role in ousting freshman Rep. Lauren Boebert in 2022:

Since her election last November, in a district that sprawls across a huge swath of the mountains and ranch lands that make up the western half of Colorado, Boebert, 34, has become known as one of Donald Trump’s most outspoken acolytes in Congress. A restaurant owner who had never run for office before she declared her candidacy in late 2019, Boebert tried to stop the certification of the 2020 presidential election and made a show of carrying a gun inside the U.S. Capitol in her early days in Congress. On Twitter, she frequently attacks Biden and other Democrats; during the January 6 insurrection, she tweeted out House Speaker Nancy Pelosi’s location to her hundreds of thousands of followers.

Among voters in Pueblo—the largest and most politically unpredictable city in Boebert’s vast district—there is a growing sense of exasperation with the freshman representative not yet six months into her tenure.

Pueblo County, located on Colorado’s dusty, windswept plains two hours south of Denver, is the swingiest part of Boebert’s district—making it a key test of her staying power. The county is nothing like the conservative, government-skeptical towns west of the Continental Divide, where Boebert is from, or the glitzy, liberal ski areas in Aspen and Telluride, which she also represents. While Boebert’s district overall is purple—about 32 percent Republican, 26 percent Democratic and 40 percent unaffiliated, among registered voters—the Pueblo County electorate flips this dynamic, with about 36 percent of voters registered as Democrats, 25 percent as Republicans and 37 percent unaffiliated. Still, big-money donors here often give to candidates from opposing parties, independents regularly vote Republican, and blue-dog Democrats skew conservative. Boebert’s Democratic opponent in the 2020 race won the county by just 204 votes. Biden won by 1,520 votes in November, after Trump had claimed victory by 390 votes in 2016.

In the last decade, Pueblo County has played host to some of the most intense political battles in the state, including the controversial recall of Sen. Angela Giron in 2013 and the pitched battle over a swing state house district that has changed hands repeatedly. Although Pueblo has many of the characteristics of a Democratic stronghold, blue votes run conservative enough in these parts that unsuspecting liberals can make significant and costly messaging errors. In the legislature, Pueblo Democrats have an independent streak on certain issues like gun control that, as annoying as it may be in Denver, represents their constituents faithfully. There’s no way we can do justice to the rich detail in this story about one of Colorado’s trickiest political locks to pick, so please do click through to read it all.

Lauren Boebert, in short, is not the kind of Republican who can appeal broadly to voters in the Steel City. Boebert’s overtly race-baiting virulent anti-immigration platform is thoroughly toxic in this diverse community, and Boebert simply doesn’t understand the issues that matter in Pueblo well enough to speak to them. Boebert’s votes against economic relief in a hard-hit community like Pueblo are a far greater liability than other parts of her district.

The big unresolved question in all of this, of course, is what Boebert’s district is going to look like on the other side of this year’s redistricting process. Colorado’s new CD-8 will result in big changes that will at least need to be rebalanced by alterations to the state’s two large rural districts, CDs 3 and 4. One new map proposed this week by the Colorado Hispanic Chamber of Commerce would move Pueblo County out of CD-3 and into safely red CD-4. However Republicans may feel about that map in general, Boebert would greatly benefit from that change in particular.

CD-3 as we’ve known it for the past decade has been a GOP-leaning district with Pueblo as the anchor of Democratic competitiveness. Boebert’s extreme partisan polarization, as this article explains well, increases Pueblo’s importance in any Democratic strategy to unseat her based on the current map. As long as Boebert must answer to the voters of Pueblo, it’s a pretty safe bet what that answer is going to be.