Here’s a pretty fair assumption that can apply to most situations: Whenever you find both Rep. Lauren “Q*Bert” Boebert and Rep. Marjorie Taylor Greene standing behind a podium in front of the U.S. Capitol, it’s a safe bet that they aren’t talking about something good. 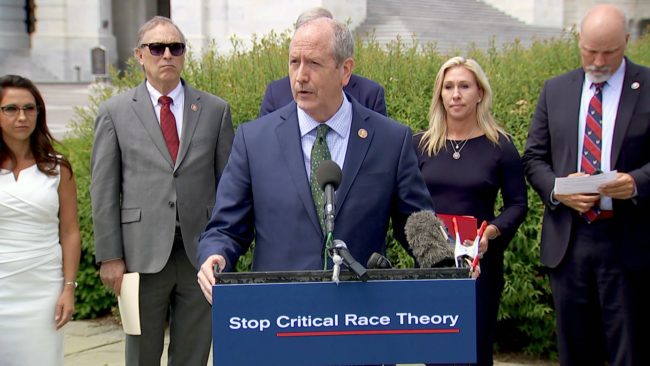 On Wednesday, Boebert and MTG joined fellow Republican white people like North Carolina Rep. Dan Bishop at a news conference to talk about why there is no way you could call them racist. As NBC News reports:

A group of House Republicans on Wednesday took recent attacks on critical race theory a step further by introducing a pair of bills to ban diversity training for federal employees and the military.

Some 30 GOP representatives have signed on to support both the Combatting Racist Training in the Military Act and the Stop CRT Act, Rep. Dan Bishop of North Carolina said at a news conference in Washington.

The first bill is a companion to legislation introduced by Sen. Tom Cotton of Arkansas that aims to prohibit teaching “Anti-American and racist theories” such as critical race theory at any academic institution related to the U.S. Armed Forces. The Stop CRT Act works to codify former President Donald Trump’s executive order banning diversity and racial equity training for federal employees — an order President Joe Biden reversed in January.

Boebert herself spoke at today’s event, which went about as well as you would expect:

“Democrats want to teach our children to hate each other.” pic.twitter.com/WJTPk8pspb 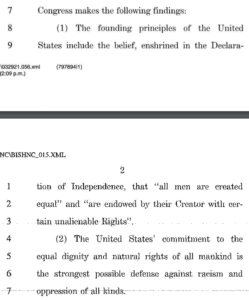 Via “The Recount,” here’s what Boebert had to say today:

Our children are so valuable. Their future is so valuable. And we can not lose it to something like this racist, critical race theory.

Racist Democrats have always been after our children. They pushed for segregation in schools in the ’60s. And now they’re pushing this critical race theory in our schools, which is nothing more than modern day racism. Democrats want to teach our children to hate each other. [Pols emphasis]

“Racist Democrats…pushed for segregation in schools in the ’60s.” We’re not going to bother with explaining why Boebert is WAYYYY off in this regard. It would be a bigger story, in fact, if Boebert actually understood her American History correctly. That discussion, and a broader dive into CRT, is a different post for a different day. In the meantime, here’s a decent explainer on the back and forth of Critical Race Theory from CNN.

For today, we just wanted to point out that Boebert and a handful of other nitwits in her caucus would like you to know that “all men are created equal” because the Declaration of Independence said so and that’s the way it is and pfffttt if you try to argue otherwise.