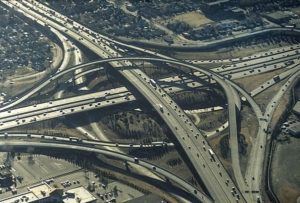 Governor Jared Polis and other state leaders will introduce a new transportation funding bill this afternoon representing one of the top priorities of the 2021 legislative session.

Whenever big new legislation is rolled out, it is usually accompanied by a list of names and organizations supporting the effort. But the coalition that will be in attendance on the West Steps of the State Capitol today is unusually robust:

♦  Mike Kopp, Chair of A Way Forward and President and CEO of Colorado Concern

That’s one heck of a bipartisan list of supporters, including well-known Republicans such as Priola and Suthers. Right-wing groups like Americans for Prosperity are still expected to oppose the transportation sustainability legislation, but the broad group of backers included above will make it difficult for the usual Republican naysayers to gain much of a foothold.

The goal of the transportation bill that will be introduced this afternoon is to create a reliable stream of income for much-needed transportation and infrastructure repairs (Colorado was recently awarded a ‘C-‘ grade for the state of our roads and bridges). Coloradans will actually see a reduction in vehicle registration fees over the next two years before nominal new fees take effect in 2023.

Much of Colorado’s transportation infrastructure is funded by a fuel tax that should have been increased a long time ago; the gas tax was last adjusted in 1991 and has not kept pace with inflation over the years. The new legislation will create a “small road use fee” of  2 cents per gallon beginning in 2023 that will increase to 8 cents per gallon by the end of the decade. This funding source will ensure that drivers of electric and hybrid vehicles are paying a proportionate share of the money needed to maintain our roads and transportation infrastructure. Additional revenue will come from small fees on transportation services such as home deliveries (excluding grocery delivery) and ride-sharing services.