As debate and inside-the-Dome wrangling continues over House Bill 21-1232, legislation intended to substantially reduce the cost of health coverage for Colorado consumers by asking the famously profitable healthcare industry to make some changes, industry-funded advocacy group Colorado’s Health Care Future has saturated local media markets with ads against…well, not the legislation actually under debate so much, but the amorphous idea of a “state government option” as something of a catch-all boogeyman–permitting fearful conservative audiences to let their imagination run freely much as they did over ten years ago with Sarah Palin’s Obamacare “death panels.”

The one consistent advantage to having no factual constraints on your campaign against a piece of legislation is how this allows for very dramatic messaging. Passing this legislation, or for that matter any legislation that would target health care costs to consumers, would according to the ads running against the bill would lead to wildly destructive consequences like hospitals closing and procedures rationed. And then we realized–why stop there? 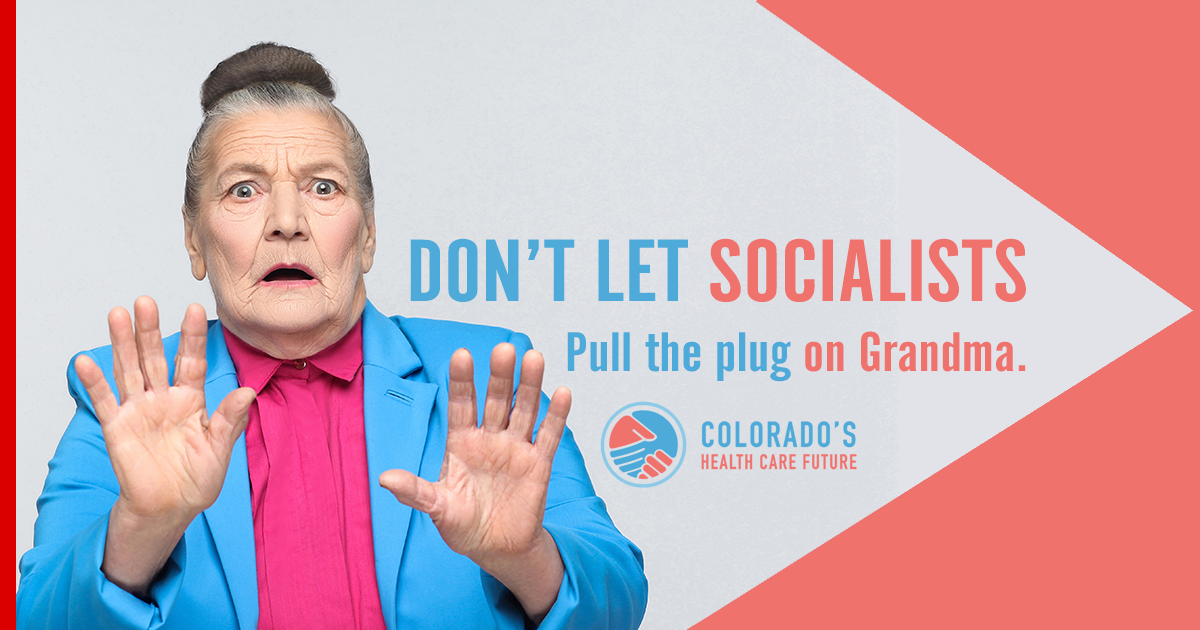 Just come out and tell the people of Colorado that the “Colorado Option” is about pulling the plug on Grandma. It’s been over a decade since most people heard this claim about the Affordable Care Act, and by now at least some voters have forgotten that Obamacare never actually resulted in “death panels” or Grandmas having their plugs pulled.

Oldies are goodies, as they say, and today’s shrill campaign against a bill to reduce health care costs is as based in reality as the fact-free nonsense about Obamacare in 2010. And it’s happening for the same reason: money that an already profitable industry wants to keep raking in from ordinary people and at some point likely you personally.

With that said, we’ll take some of that sweet ad money if they want to use this.