Get More Smarter on Thursday (April 29)

International Dance Day? We can get down with that. Let’s Get More Smarter; if you think we missed something important, please include the link in the comments below (here’s a good example). If you are more of an audio learner, check out The Get More Smarter Podcast. And don’t forget to find us on Facebook and Twitter. 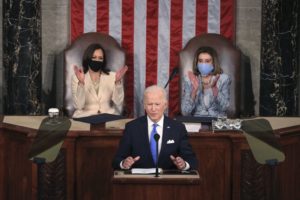 ► Here’s something that you have never seen before in American history: Two women (Vice President Kamala Harris and House Speaker Nancy Pelosi) seated behind the President of the United States during a Presidential address to a joint session of Congress.

The Washington Post has more on President Biden’s first big speech to Congress:

President Biden on Wednesday night used his first speech to a joint session of Congress to argue for a dramatic expansion of government services, making a plea for sweeping plans to provide universal preschool, free community college and expanded health care and new tax breaks for families — much of it funded by higher taxes on the wealthiest Americans.

While he also renewed calls for an array of priorities — including immigration changes, gun control and police reform — Biden more broadly portrayed a country that is rapidly emerging from the depths of a global pandemic and has survived events that, in his view, tested American democracy as rarely before.

“We have stared into an abyss of insurrection and autocracy — of pandemic and pain — and ‘we the people’ did not flinch,” he said toward the end of a 65-minute speech.

In addition to the historic picture above, Biden’s speech was unique in another way. Instead of a packed House of Representatives chamber, Biden spoke to a much smaller group that was socially-distanced for health and safety reasons.

Congressperson Lauren “Q*Bert” Boebert (R-ifle) was among the Representatives from Colorado in attendance on Wednesday evening. Boebert stuck to her default “look angry about everything Biden says” position, even shaking her head in disgust when Biden discussed a proposal to lower the cost of prescription drugs for Americans.

► As Meg Wingerter reports for The Denver Post, some COVID-19 outbreaks in Colorado are approaching levels not seen since December:

Colorado is one COVID-19 outbreak short of the point where many K-12 schools moved to remote learning in December, with more students infected than at the previous peak.

As of Wednesday, the state reported 210 active outbreaks in schools, the highest number since Dec. 2, when there were 211. Outbreaks had fallen from December through mid-January, fluctuated through March, then began growing in earnest, increasing by 80 in April.

Outbreaks also continued to grow in nursing homes, assisted living facilities and child care centers, according to data from the Colorado Department of Public Health and Environment.

The state defines an outbreak as two or more cases connected to the same location or event. An outbreak is considered over when four weeks have passed with no new cases.

► The Colorado legislature’s big health care bill, HB21-1232, should be celebrated for what it WILL do, not what it won’t do:

A big climate change bill aimed at boosting the ability to regulate air emissions in Colorado is moving along through the legislature despite a veto threat from Gov. Jared Polis.

Alex Burness of The Denver Post updates on the status of SB-62, which seeks to reduce the population of Colorado’s prisons.

Meghan Lopez of Denver7 reports on legislation that would boost training for Colorado police officers.

Efforts to create a Front Range rail system are moving along. 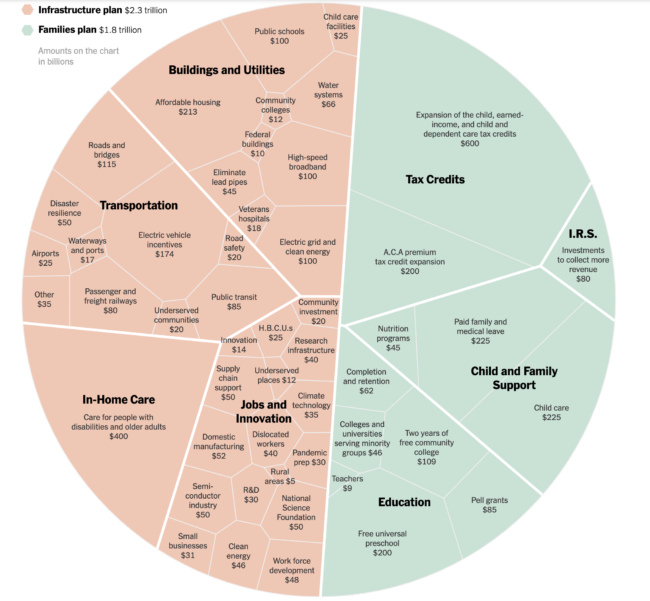 ► As Jennifer Rubin writes for The Washington Post, Republicans can’t even cheat correctly:

When the 2020 Census numbers were released, it was an open question as to whether the Republican effort to insert a citizenship question into the census had hampered counting in three red states with large Hispanic populations. Many number-crunchers expected Arizona to gain one seat, Florida to gain two and Texas to gain three; instead, Arizona stayed even, Florida gained one seat and Texas gained two.

It turns out, Republicans may have undercut their own census counts, and it was not simply a result of the failed gambit to insert a citizenship question. As former Obama administration speechwriter David Litt writes in Democracy Docket: “In places like Texas, Florida, and Arizona, many local and statewide officials supported the Trump Administration’s unconstitutional attempt to add a citizenship question to the census, even though the people most likely to be deterred by such a question live disproportionately in those states.” He also noted that the “Florida GOP underfunded census outreach” and that “[Texas’s] outreach campaign operated on what the New York Times described as ‘a shoestring.’” The most remarkable finding was this: “even before the pandemic hit, 24 states were not planning to spend a single dime of their own money encouraging residents to sign up — and 17 of those 24 states were run entirely by Republican politicians.”

This is nuts. Not only did these states possibly miss out on additional congressional seats; they may also receive fewer federal dollars from federal programs based on the Census count.

► Senators Michael Bennet and John Hickenlooper voted to reinstate methane pollution limits that were inspired by Colorado’s “gold standard” rules. According to a press release from Hickenlooper’s office:

Today U.S. Senator John Hickenlooper and a bipartisan majority of Senators voted to reverse the Trump Administration’s rollback of methane pollution limits from oil and gas drilling. The vote reinstates Obama-era limits on methane pollution, which were modeled after the “gold standard” that Hickenlooper pioneered as Governor of Colorado.

The Senate reversed the Trump Administration rule using the Congressional Review Act, which allows Congress to undo certain regulations enacted at the end of a previous presidential administration. Hickenlooper presided over the Senate for the vote.

“In Colorado, we brought together environmentalists and the oil industry to take the first steps toward eliminating methane. Our work became the national standard,” said Hickenlooper. “Despite the Trump administration’s rollback, we’re reinstating those limits with bipartisan support. Today’s vote is a win for clean air and a model for what we can accomplish together if we commit to tackling the climate crisis.”

► Faculty at the University of Colorado will vote today on censuring controversial CU President Mark Kennedy because of his reluctance to take action on issues of diversity and equality.

► South Carolina Sen. Tim Scott delivered the Republican response to President Biden’s speech on Wednesday. His core message is one that people with eyeballs are going to have trouble digesting:

Hear me clearly: America is not a racist country.

Unfortunately, saying it doesn’t make it so.

► At least eight Coloradans have now been charged over their roles in the January 6 attack on the U.S. Capitol.

► If you are planning on returning to a college campus in the fall — either as a student or as a faculty member — you’re probably going to need to get your COVID-19 vaccinations first.

In a separate story, POLITICO reports on the mother of all backhanded compliments: Trump says that Florida Gov. Ron DeSantis would make a good running mate for him in 2024.

► From the “No shit, Sherlock” department: The U.S. State department is urging Americans to avoid India because of that country’s devastating COVID-19 outbreak.

► In fairness, we wouldn’t take kindly to being compared to Texas Republican Sen. Ted Cruz, either:

I’m not taking corporate PAC money because I’m working to end the influence of corporate money in our politics and it’s important to lead by example. @tedcruz is doing this because he’s opposed to standing up for every American’s right to vote. “Common ground” is a stretch. https://t.co/tglODG2EtA

► A fuel tanker crash near North St. Vrain Creek has killed “an incredible amount of fish.”

► According to data from the Bureau of Labor Statistics, there were about 84,000 people employed in the oil and gas extraction industry in the United States as of November 2020. But good try, Ken!

Try telling that to the millions of oil and gas workers who had their livelihoods ripped away from them because of Biden’s policies. https://t.co/hqgMPFS4Lq

► As The Washington Post reports, President Biden has a LONG way to go to match former President Trump when it comes to how often he makes false or misleading statements:

Republican Don Wagner, who represents three million Orange County residents, wants to know if the Covid vaccine has a tracking device in it pic.twitter.com/vNCQexKFBI

► You may soon be drinking beer out of a ziplock bag.

► President Biden is pretty darn popular at the moment. Why? This is one reason.