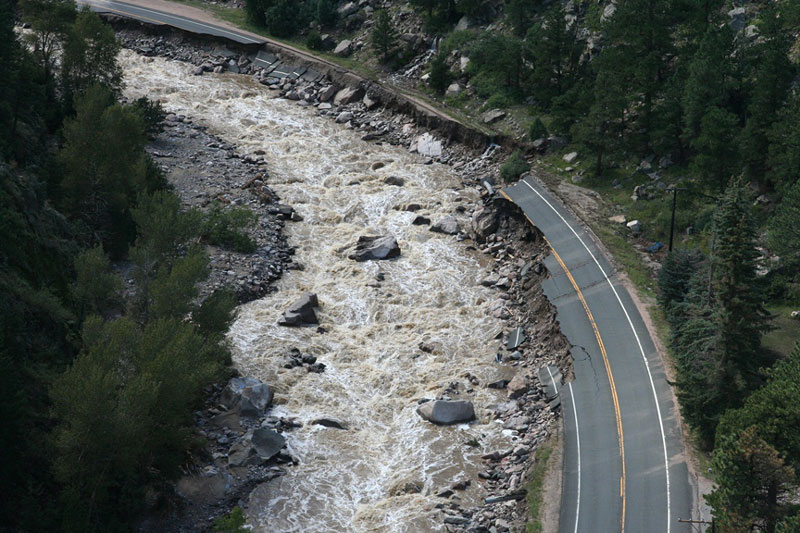 Photo by the Colorado Department of Transportation.

In the next phase of President Joe Biden’s sales pitch for his $2 trillion infrastructure package, his administration is framing its argument around the mounting, unmet needs in states as it seeks to build public support for another massive spending bill. Democrats are also hitting back at criticisms from congressional Republicans that the mammoth package goes too far beyond the road-and-bridge projects typically associated with infrastructure.

The White House released a set of state-by-state breakdowns on Monday detailing the number of bridges in severe disrepair, increased commuting times due to lack of investment in transit, and growing costs related to ensuring that drinking water systems are safe and clean, as well as funding in the proposal intended to tackle those problems.

Democrats in addition contend that child care and care for older adults and those with disabilities are critical for supporting the country’s economy and overall well-being, along with access to high-speed internet.

How does Colorado score? Check out our state’s individual report and see–not great:

ROADS AND BRIDGES: In Colorado there are 481 bridges and over 3,600 miles of highway in poor condition. Since 2011, commute times have increased by 9.3% in Colorado and on average, each driver pays $651 per year in costs due to driving on roads in need of repair. The American Jobs Plan will devote more than $600 billion to transform our nations’ transportation infrastructure and make it more resilient, including $115 billion repairing roads and bridges.

PUBLIC TRANSPORTATION: Coloradans who take public transportation spend an extra 74.6% of their time commuting and non-White households are 1.8 times more likely to commute via public transportation. 12% of trains and other transit vehicles in the state are past useful life. The American Jobs Plan will modernize public transit with an $85 billion investment…

It should be noted in fairness that few states did well in this scoring of infrastructure needs, with most states either at a C or below or unranked entirely due to being well below the standard. As of now, the principal Republican objection to the American Jobs Act is that it’s an “infrastructure bill” that doesn’t spend enough on what Republicans are calling “traditional” infrastructure like roads and bridges. But in every respect, from broadband to clean water to child care, this bill is about the underpinnings of economic success in the modern era–and that broader definition of “infrastructure” is one Democrats hope and believe Americans will get behind. And make no mistake: the amount proposed for old-fashioned transportation infrastructure is historic all by itself.

In short, the American Jobs Act is a transformative investment that Coloradans will see everywhere. Colorado is doing our part with a new statewide transportation plan, and this bill is an opportunity to scale up from the bare minimum to meeting something closer to the state’s long-term need.

In 2021, potholes and creaky bridges are just the beginning.