At Least He’s Not Your Former Senate Majority Leader 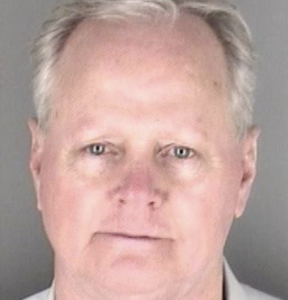 In another episode of our long-running series, “At Least They’re Not Your Legislator,” we take you to Kansas, where Republican lawmakers ousted their own Senate Majority Leader in a secret ballot.

…The decision comes a day after court documents provided an officer’s account of Gene Suellentrop’s actions the night he was arrested on charges of drunk driving, driving 90-miles an hour the wrong way on a Topeka highway, and fleeing from law enforcement.

The Kansas Reflector reported last week on Suellentrop’s actions, which included calling a Kansas Highway Patrol Officer a “donut boy” and threatening to fight the phlebotomist who administered a blood alcohol test:

Senate Majority Leader Gene Suellentrop reeked of alcohol, struggled to speak or walk, and threatened the Kansas Highway Patrol officer who stopped him in the early hours of March 16 for driving the wrong way on Interstate 70 in Topeka.

The details of the arrest were made available Thursday following the release of his charging affidavit in Shawnee County District Court. Kansas Reflector and other news media filed motions with the court seeking the document’s release.

Suellentrop, who left the Capitol as the affidavit was ordered released by a judge, faces a felony charge for fleeing a police officer, misdemeanor charges of driving under the influence and reckless driving, and traffic infractions for driving the wrong way on a divided highway and speeding.

Suellentrop had tried to argue against the release of his arrest affidavit by saying the publicity would jeopardize his physical, mental or emotional safety and “endanger the life or physical safety of the defendant.” You know, kinda like driving the wrong way on I-70 when you are piss drunk might jeopardize the safety of other people.