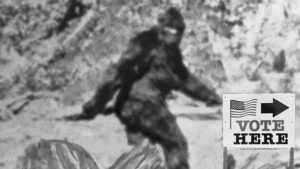 Somewhere near Leadville, Colorado, on the way to Mount Elbert — Colorado’s highest mountain peak — there is an unmarked road that meanders beneath a towering forest of Aspen trees. If you follow this path and take a left at the beaver dam, you might be lucky enough to come across the spartan home where Bigfoot raises his Yeti children. Should you continue along the rocky road ahead, you will eventually reach a charming village inhabited by that rarest of mammals: The “real unaffiliated voters” of Colorado.

These “real unaffiliated voters” are a special breed of Coloradan. They do not hold political opinions of their own, and they do not “lean” toward Republicans or Democrats in a given election cycle. According to legend, if you could add up all of the votes cast by these folks over the last 100 years, you would find that they voted for Republican and Democratic candidates in precisely equal numbers. It is a true miracle of democracy.

This secretive tribe of “real unaffiliated voters” must be the pool of Colorado voters from whom a group of whiners from the Colorado Republican Party would like to serve on the new Independent Redistricting Commissions. As we move closer to finalizing the memberships of these two new commissions, Colorado Republicans are increasingly complaining that the “Unaffiliated” members are not sufficiently unaffiliated, whatever that means. As Republican attorney and former Solicitor General Richard Westphal wrote in The Denver Post in January:

In order for this new citizen-centered redistricting process to work, the unaffiliated members selected must be genuinely unaffiliated. [Pols emphasis]

How do you tell the difference between someone who is “genuinely unaffiliated” and “disingenuously unaffiliated”? You don’t, because those aren’t real things. If you are an “unaffiliated” voter in Colorado, that means you choose not to affiliate with a particular political party. That’s it. There is no “Unaffiliated Party” or club in which you might seek membership. There is no required blood oath that you must faithfully split the ticket in every election.

In 2018, Colorado voters overwhelmingly approved two Constitutional amendments that made changes to how Colorado redraws maps for congressional (Amendment Y) and state legislative districts (Amendment Z) every 10 years. Amendments Y & Z create 12-member commissions responsible for approving new district maps; each commission is supposed to consist of four Republicans, four Democrats, and four Unaffiliated voters. In order to make sure that commission applications weren’t filled with people who were only pretending to be Republicans/Democrats/Unaffiliateds, the amendments included a requirement that candidates must have been affiliated with one (or neither) political party for at least the preceding five years. 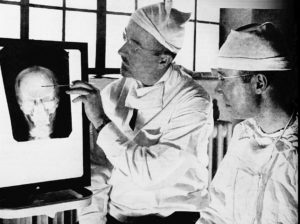 Doctors work on removing opinions from an Unaffiliated voter’s brain.

A plurality of registered voters in Colorado are now “unaffiliated.” Choosing to be politically unaffiliated does not mean that you also forgo holding political opinions, maintaining friendships with people interested in politics, and donating money to candidates for public office. Unaffiliated voters haven’t been lobotomized.

Unaffiliated voters are often categorized as being “independent” citizens, which is both unfair and inaccurate. As studies have found, true “independents” generally avoid politics altogether; the Pew Research Center noted in 2019 that 81% of “independent” voters actually lean heavily toward either Republicans or Democrats.

True “unaffiliated” or “independent” voters are actually a lot like recently-appointed commission member Lori Schell. As The Durango Herald wrote last week, Schell supported Democratic Sen. Amy Klobuchar for President in 2020 and has donated to the political campaigns of Democratic State Rep. Barbara McLachlan because she is a personal friend. Schell is also a longtime unaffiliated voter in Colorado, but former State Republican Party Chairman Dick Wadhams is very suspicious of this:

Wadhams…said he does not know Schell, but said her past record supporting Democrats undermines confidence in the Colorado Independent Congressional Redistricting Commission.

He said: “I don’t know how any reasonable person could look at the fact that she has apparently been active on behalf of Democrats in the past and was a backer of Amy Klobuchar’s presidential campaign – those are definitely signs of Democratic activism – and not come to the conclusion that her selection violates at least the spirit of the redistricting commission. I think it undermines the confidence that voters should have in members who are allegedly unaffiliated.”

Further adding to Wadhams’ distress about the nature of the unaffiliated members added to the commission, another unaffiliated member, Jolie Brawner of Denver was a supporter of the presidential campaign of Bernie Sanders, a socialist U.S. senator from Vermont who caucuses with the Democrats.

This might be important if we were at all concerned with Dick Wadhams’ definition of an “unaffiliated” voter, but we’re not. In fact, actual math tells us that the two people mentioned above are a pretty accurate representation of Colorado voters.

As we’ve seen in recent elections in Colorado, “unaffiliated” voters here are generally apt to support Democratic candidates. In the 2020 election, Democrat Joe Biden carried Colorado by 14 points in the race for President; in the fight for a U.S. Senate seat, Democrat John Hickenlooper defeated Republican Cory Gardner by 9 points. Neither of these outcomes are statistically possible unless a majority of “unaffiliated” voters cast their ballot for Democrats instead of Republicans.

[As an aside, if it turns out that one of the next appointments to the commission is an “unaffiliated” voter who has previously donated money to Republican candidates, do you really think Wadhams is going to complain? Of course not.]

What Republicans are really doing in voicing concerns about “unaffiliated” members of redistricting commissions is an attempt to intimidate these Coloradans into pretending to be something they are not. Amendments Y and Z contain no language prohibiting thoughts and opinions from the commissioners — only the requirements for affiliation. People like Wadhams, who supported both measures along with every Republican in the legislature, are fully aware of this but are nevertheless clutching their pearls in horror.

It would be swell if we could fill an entire redistricting commission with only people who have no partisan leanings whatsoever. If you can find those people, maybe you can ask them to take a picture of you standing next to Bigfoot. In the meantime, let’s stick to reality.