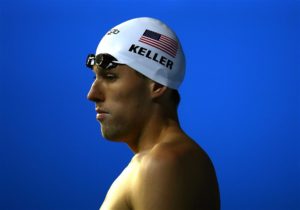 As the investigation into last week’s deadly insurrection at the U.S. Capitol continues, two Colorado residents have been arrested and charged with federal crimes in relation to the violence. One is a gold medal Olympian relay swimmer living in Colorado Springs, and as the Denver Post’s Sam Tabachnik reports, he’s done selling houses too:

Klete Keller, an Olympic gold-medalist swimmer with ties to Colorado Springs, was charged Wednesday for his alleged participation in last week’s deadly riot at the U.S. Capitol, court records show.

The 38-year-old, who won medals at three Olympic games as a relay partner of Michael Phelps, was charged in U.S. District Court for the District of Columbia with three counts relating to obstructing law enforcement, entering a restricted building without permission and “violent entry and disorderly conduct on Capitol grounds,” according to his criminal complaint…

Always sad to see a once-great athlete turn to crime–but as with all of the people who either smashed their way into the U.S. Capitol or followed those who did, you have to ask what they expected would happen. Did Klete Keller think Donald Trump would bail him out? We’ll be watching to see how Trump’s incitement factors into Keller’s legal defense. 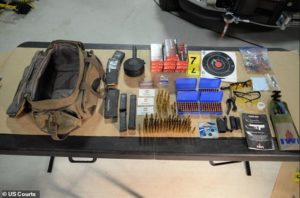 Another individual from Colorado now facing federal charges for his actions surrounding last week’s violence is, fair to say and Colorado Newsline reports, undeserving of sympathy:

“The defendant … drove his truck and an attached trailer to Washington D.C, arriving in Washington, D.C. late on January 6, 2021,” the filing alleges. “At the time of his arrest … the defendant was in possession of two firearms; a Glock nine millimeter G19 and a Tavor X95 rifle equipped with a telescopic sight. The defendant was also in possession of several high capacity magazines and approximately 2,500 rounds of ammunition of various caliber, including at least 320 rounds of ‘armor-piercing’ 5.56 rounds.”

…Investigators say that [Cleveland Grover] Meredith’s trip from Colorado to D.C. was slowed by car trouble; he stopped in Ohio to fix a set of broken tail lights on the trailer he was using to transport his arsenal, according to text messages reviewed by the FBI agents who arrested him. Meredith arrived in D.C. several hours after order had been restored at the Capitol, and checked in to a hotel just south of the National Mall.

”Staying one more day since I got here late, need to FK with these commies,” Meredith wrote in a text message, according to the filing.

“Thinking about heading over to (Pelosi’s) speech and putting a bullet in her noggin on Live TV,” he wrote later, prosecutors allege.

We can all agree that we’re better off with this one in federal custody. The delay that Cleveland Grover Meredith had in driving from Colorado to D.C. with enough ammunition to kill hundreds of people seems to be another example of, despite the damage and loss of life inflicted a week ago, how things could have been much worse.

Like the disproportionate number of Coloradans who assisted Trump’s dozens of failed legal challenges to the election results, the regrettably large number of locals who traveled to Washington to defy the reality of Trump’s election less is a disgrace we are obliged to bear. And with the investigation continuing to sort through hours of self-incriminating video so many of these idiots posted of themselves committing federal crimes, it’s entirely likely that more Coloradans will be facing charges soon.

The consequences are necessary. If the book isn’t thrown at these people, someone will do this again.