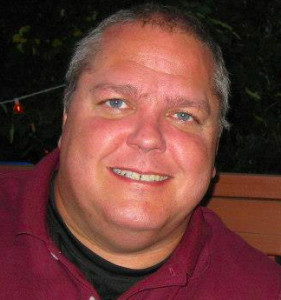 In a Facebook exchange today, the editorial page editor of the Colorado Springs Gazette wrote of the mob that attacked the U.S. Capitol: “They looked nothing like members of the typical Trump rally crowd. Probably Antifa.”

The Editor, Wayne Laugesen, did not respond to inquiries via email and Facebook Messenger asking for evidence for his view that the mobsters were likely Antifa, a left-wing protest group. There is no evidence of Antifa involvement.

The Colorado Springs Gazette, owned by conservative billionaire Phil Anschutz, has criticized right-wing activists, like those at the Capitol today.

In one editorial, possibly penned by Laguesen, the newspaper criticized Republicans for being “sore losers” for trying to recall Democratic lawmakers.

“Our country chooses representation with fair, civilized, regulated elections,” wrote the Gazette in October of 2019. “Losers in that process should focus on winning the next time, not on changing the last election’s results. Sore losers, from both parties, look ridiculous.”

Today she posted photos of the rally outside the U.S. Capitol along with a statement: “Amazing day in D.C. While I don’t condone violence and always support the Blue, it was good to be with fellow Americans who want to be heard and want free & fair elections. ‘We the People’ ask for an audit of the questionable ballots. If there’s no fraud, then, no problem.”

One of Dede Laugesen’s photo showed a man holding a pitchfork decorated with a small upside-down American flag standing on the steps of the Capitol. When the CTR noted that carrying a pitchfork isn’t peaceful protest, Laugesen responded, “Pitch forks don’t hurt people. People hurt people. This person with a pitch fork didn’t hurt anyone I saw.” She did not respond to whether or not she believed he was a member of Antifa.

Facebook commenters criticized Dede Laugesen for the “amazing-day” comment and for apparently crossing barriers set up around the Capitol to get closer to the building.

“She went through no barriers and broke no laws,” Laugesen stated. “You don’t know what you’re talking about.”

One commenter then posted a Gazette AP photo showing “Trump Supporters” apparently trying to pull away a barrier amid the crowd.

In response to one Facebook commenter who wrote that Dede Laugesen should “go home,” Wayne Laugesen replied, “Don’t you dare tell Dede to ‘go home.’ She works here. Who the hell are you to tell her what to do? Serious question. I thought you were a friend, but not if you talk to my wife like that. NOBODY talks to my wife like that.”

Wayne Laugesen commented that he too was at the Capitol, and no barriers were crossed by his wife. Commenting on a post on his own Facebook page, Laugesen rejected an accusation that he was part of the pro-Trump mob, saying “I come to D.C. for work.”