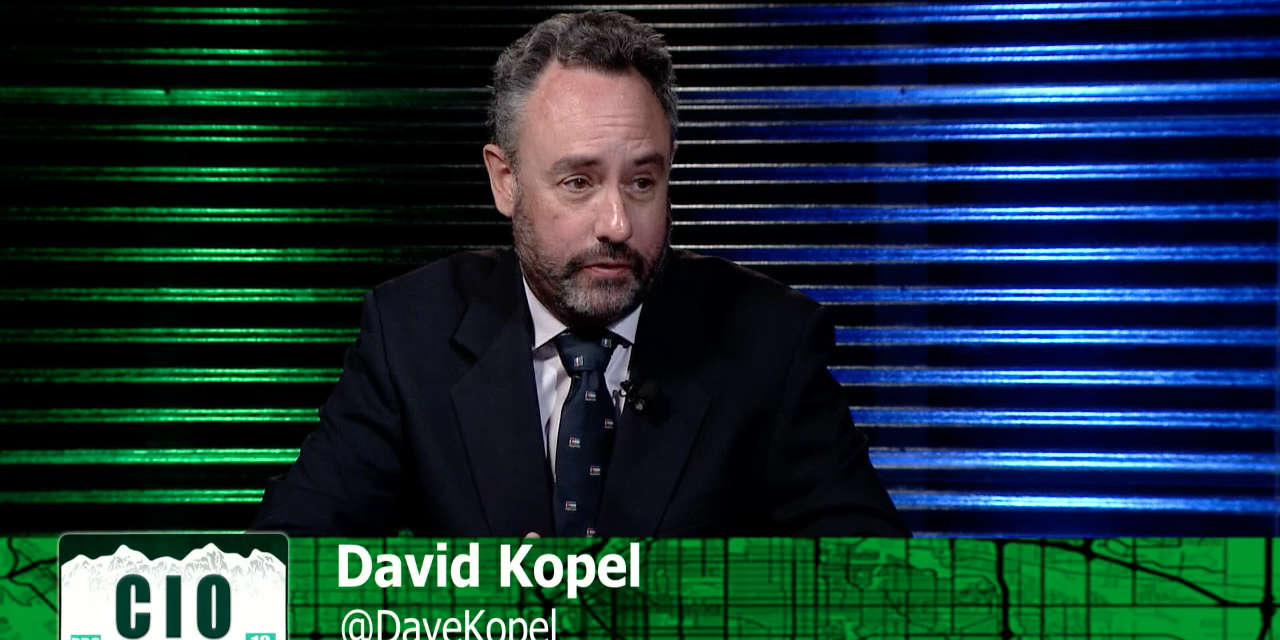 Dave Kopel, a staffer at the conservative Independence Institute, will not return to his role as a panelist on KBDI-TV’s Colorado Inside Out for two weeks following comments he made on the program about the Black Lives Matter movement.

On July 31 Kopel voiced criticisms of protests in Aurora over the death of Elijah McClain at the hands of Aurora Police. He admitted that while he did not see achievable goals that could be accomplished by peaceful protesters, they did have a right to protest.

But Kopel, who’s also a University of Denver law professor, drew the line at protests which turn violent, like when protestors broke in to the Aurora courthouse and started fires in the building.

“Separate from them [peaceful protestors] is a group of violent criminals,” Kopel said on the PBS 12 show. “People who broke the windows of the Aurora courthouse, entered it, started a fire in there. Trying to burn down a courthouse is not protest, it’s terrorism, and the kind of people who do that are less sophisticated versions of Timothy McVeigh.”

Timothy McVeigh carried out the 1995 Oklahoma City Bombing which killed 168 people and destroyed a government building.

During the same show Kopel also took issue with the alleged hypocrisy of the National Basketball Association (NBA) which has been intentional in its social justice messaging in line with the Black Lives Matter movement. NBA courts are covered in ‘Black Lives Matter’ statements, players have been taking their media time to focus attention on the murder of Breonna Taylor and Elijah McClain, and most players have knelt during the U.S. national anthem to protest police brutality.

Kopel said the hypocrisy of the NBA shows when you compare its reaction to the Black Lives Matter protests with its relationship to Nike and China.

“The National Basketball Association with its performative wokeness and its Nike jerseys with all their social justice slogans on them made by slave labor in China,” said Kopel. “The NBA is one of the top organizations in this country supporting systemic racism. Namely the Communist Chinese Party’s oppression and enslavement and genocide of ethnic minorities in China. And they call themselves woke. They’re puppets of the slave masters.”

On August 7 Dominic Dezzutti, host of Colorado Inside Out, started the show by apologizing for not speaking out immediately in response to Kopel’s comments and that Kopel will not be a panelist on the show for the next two weeks.

“His comments were not appropriate, and they were harmful,” Dezzutti said on the show. “Participants and viewers of our show have themselves experienced racist violence or have loved ones who have. Terms associated with racist violence should not be used trivially and should certainly never be used to vilify any groups protesting racist violence.”

In an email to the Colorado Times Recorder Kopel defended his statements.

“Dominic offered me the opportunity to appear on the August 7 show and apologize on-air,” Kopel said. “I declined the invitation. As viewers know, I always apologize whenever I make a factual error. There was nothing inaccurate in anything I said. Being strongly opposed to slavery and genocide, I believe it is legitimate to criticize professional entertainers who choose to profit from the persecution of minorities in China.”

Dezzutti told the Colorado Times Recorder that he had a problem with both of Kopel’s statements and felt responsible to show his audience that Colorado Inside Out is trying to hold itself to a higher standard.

“I thought it would be best for the show if he wasn’t on for two weeks then we could get a fresh start,” Dezzutti said. “A fresh start would make it clear to our viewers, our panelists, and everyone involved that we were taking this seriously.”

Despite Dezzutti’s personal feelings about Kopel’s comments, he did not consider dropping Kopel from the show.

“He has been part of the program for a long time,” Dezzutti. “I, along with a great number of our viewers and our panelists, respect David and what he brings to the program. The show is always about a diversity of opinion, but I think it’s about setting a standard in how we express those differences in opinion. The opinion and analysis that David has brought to the program for many years, and I hope will continue to bring to the program, is of great value.”

In June Kopel wrote an op-ed for Complete Colorado connecting the history of gun-control with the history of the enslavement of African-Americans in the United States.

The NBA has been criticized for its lack of response to human rights violations in China and to protests in Hong Kong.

Dezzutti is clear about his desire for Colorado Inside Out to remain a show where people with differing opinions can have conversations. Kopel’s probation will not change that. Dezzutti hopes that the show can still be a place for people to disagree.

“We talk on this program about how easy it is to go to our respective ideological corners and simply say that anything said by someone we disagree with is wrong and anything said by someone we agree with is right,” Dezzutti said. “I am sure that some will look at this situation through that same lens. But that’s not how I see it. I think this program stands for productive conversation between people who may or may not agree but that conversation must be respectful in order to be productive. The words we choose to say matter, to assume otherwise is foolish and frankly wrong.”