At Least They’re Not Your Elected Officials 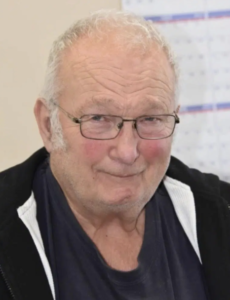 Does Tom Eckerle look racist to you? Okay, maybe don’t answer that.

Today we continue our long-running series, At Least They’re Not Your Legislator, with two tales of troubled elected officials around the country.

We’ll start in Leelanau County, Michigan, where Road Commissioner Tom Eckerle is absolutely not apologizing for being a racist kook. As Interlochen Public Radio reports:

Eckerle is facing backlash after saying the racial epithet in what he thought was a private conversation before the regular road commission meeting began on Tuesday.

The commissioners met in person at the county government building, while the public listened to the meeting remotely over the phone.

In a call with IPR News, Eckerle said his comments were not meant to be heard by those outside the room.

But, he did not back down from his words. He said he reacted out of frustration with the racial unrest and violence in American cities, which he said was caused by the Black Lives Matter movement.

Asked if he regretted saying the N-word, he doubled down.

He went on to say it was the same as saying he was German, or “Polack.”

“No, it is not racism,” Eckerle said. 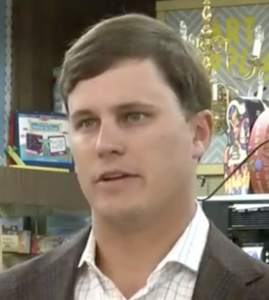 Alabama State Rep. Will Dismukes is not pretending he isn’t racist, so there’s that.

You might have noticed, as we did, that Eckerle says he doesn’t regret calling “it” a “n—-r.” Eckerle’s totally-not-racism has become a national story, no doubt because of his defiant stance and refusal to step down from his post as Road Commissioner, not to mention his ridiculous assertion that this was somehow innocuous because nobody else was supposed to hear his (not) racist comments.

But before you start thinking Eckerle might be the most despicable public official you’ve heard about this week, let’s make a stop in Alabama. As the Alabama Political Reporter explains, a state legislator is in trouble for being a racist and a thief:

An arrest warrant has been issued for Alabama State Rep. Will Dismukes, R-Prattville, for felony theft from a business where he worked, Montgomery County District Attorney Daryl Bailey said Thursday.

Dismukes is charged with first-degree theft of property in connection with a theft that occurred at his place of employment between the years 2016 to 2018, Bailey said during a press conference.

Bailey said the charge is a Class B felony and levied when a person steals in excess of $2,500 and that “I will tell you that the alleged amount is a lot more than that.”…

…While the charge stems from a complaint filed months ago, Dismukes been in the headlines recently and faced a torrent of calls for his resignation in recent weeks after posting to Facebook an image of himself attending a birthday celebration for the first grand wizard of the Ku Klux Klan, Nathan Bedford Forrest. [Pols emphasis]

Dismukes faced calls to resign after attending the KKK birthday party [that’s a sentence we’ve never written before], but like Eckerle, he refused (though Dismukes did resign as pastor of a local Baptist church).

Anyhoo, if you’re feeling dismayed about the actions of any particular Colorado elected officials, you can take some solace in the fact that at least neither of these guys represent anyone in our state.