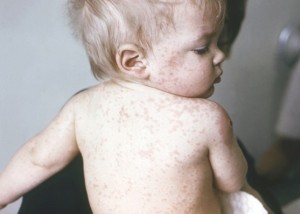 [I]t has taken a Democrat-controlled General Assembly two years to muster support to pass a bill that allows parents to… still not vaccinate their kids.

This year’s bill preserves the right to nonmedical exemptions. You just have to take an online education course first. The opponents aren’t happy about that, but the bottom line is that no parent is going to be forced to watch a needle be plunged into their kid, even after this bill passes.

Other states have stricter policies; some allow no exemptions except for medical reasons. Colorado lawmakers have concluded that this is not a legislative option here, which is a credit to A) the governor’s stated “pro-choice” stance on vaccines and B) the fervent activism of the vaccine bill’s opponents.

Burness argues that the passage of SB-163, even though opponents have vowed to mount a repeal ballot initiative campaign to prevent the law from taking effect, betrays a hard limit on the ability of today’s lawmakers to take effective action even on an issue with overwhelming majority support–due to the fierce opposition of a small but vocal minority. Vaccines are not the only issue for which this appears to be the case. Even though the public strongly supports common-sense gun safety laws that our state is a model for today, passage of those bills resulted in a backlash from the passionate minority of gun rights activists that led to the successful recall of two Democratic Senators in 2013 and the resignation of a third.

One of the biggest problems with both this year’s modest vaccine bill as well as 2013’s gun safety bills is that the opposition was (and is) completely untethered from the facts about the legislation. Just as Republican lawmakers told the public in 2013 that the gun bills would “effectively ban gun ownership,” many of the protesters who turned out against Senate Bill 163 believe the bill does away with non-medical exemptions from school vaccination requirements. Although a majority of the public would support doing just that according to polls, SB-163 does not eliminate exemptions available for any or no reason.

There were a lot of variables involved in the drafting of this legislation, not least of which is a governor reticent to impose “medical mandates” on families. Gov. Jared Polis is expected to sign SB-163 precisely because it does not coerce anyone to get any vaccine. The gulf between perception and reality with this bill among its opponents is not the fault of Gov. Polis, however, and the Republican lawmakers who have eagerly embraced the “anti-vaxxer” movement in opposition to this bill are the ones making no attempt to give opponents factual information.

With that, we’ll ask our readers: is there any way to prevent the tail from wagging the dog? Will the fringe always wield disproportionate influence simply because of their ability to yell louder and longer? And will passing a modest reform now make further reforms that would still enjoy broad public support harder to pass later?

These are all questions worth answering as the dust settles on this particularly crazy fight.