COVIDiot Senator Smallwood Is No Hero 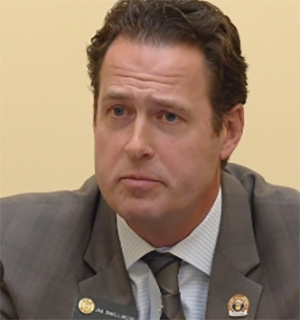 As a followup to the bizarre debate this week in the Colorado General Assembly over new rules allowing limited remote participation by lawmakers who may be at greater risk during the COVID-19 pandemic, we wanted to take a moment to discuss the objections of one Republican Senator in particular, Sen. Jim Smallwood of Littleton. As Colorado Public Radio reported on Wednedsay:

Smallwood, who had COVID-19 and recovered from it, said he’s sympathetic to colleagues who fear getting sick, but he said his elected role would be undermined by remote work…

Like we said yesterday, the grandstand by Republican lawmakers against the resolutions to allow remote participation was probably the worst possible choice Republicans could have made, elevating the nuttiest in their caucus to the headlines and once again painting the GOP minority in the legislature as almost comically out of touch with events.

It would be comical, except none of this deadly serious subject matter is funny.

But in Sen. Smallwood’s case, there’s an additional degree of hypocrisy that really should be included in any news report on the subject in which he’s cited. Although Smallwood is given a credibility boost in stories that portray him as a “COVID survivor,” the truth is that Smallwood contracted the disease while traveling to California after the legislature adjourned to combat the pandemic back in March. Smallwood’s highly ill-advised spring break excursion to California just as the pandemic was exploding, which appears to have had the worst possible outcome of Sen. Smallwood contracting COVID-19, does not put him in a position to expound credibly on best practices to keep lawmakers safe today.

In fact, it’s ridiculous that Smallwood is talking at all.