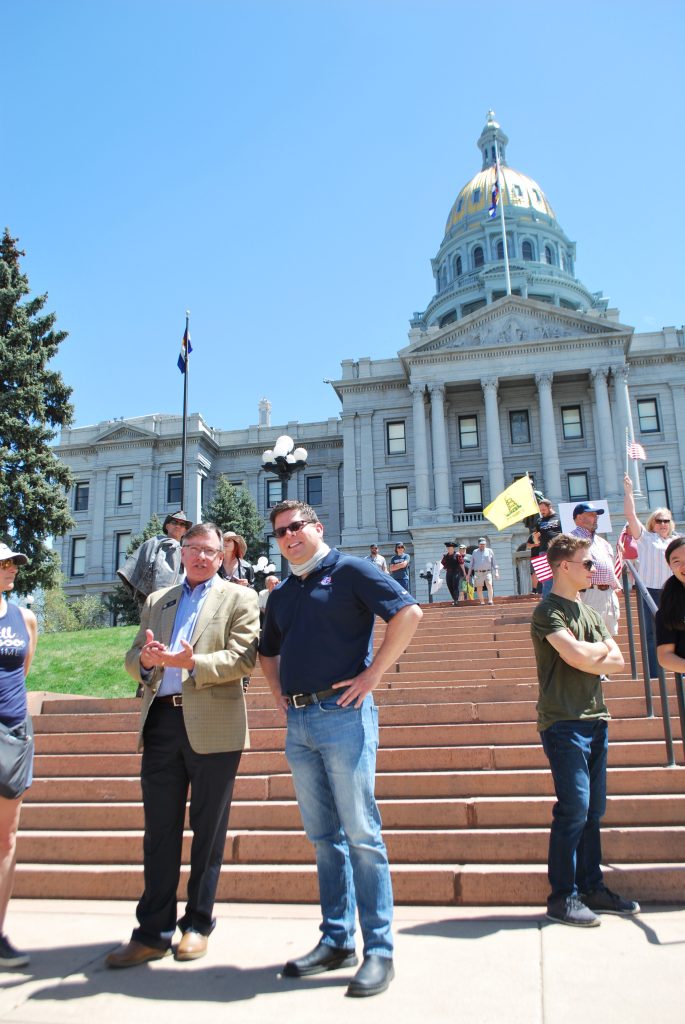 Approximately 250 people rallied at the capitol today against public health orders aiming to stop the spread of COVID-19, many of them equating such orders to “tyranny” and criticizing Gov. Jared Polis’ leadership. Very few wore masks or practiced social distancing.

Sandridge said he heard about the rally in an email from legislative staff. He said he expected Minority Leader Patrick Neville (R-Castle Rock) to attend as well, but that the Republican caucus hadn’t done any official organizing around the event.

Like the majority of attendees, neither legislator used a mask, though Sandridge did have a cloth gaiter around his neck.

Asked about his decision not wear one, Sandridge dismissed the need for wearing facial coverings outdoors.

“I just don’t think people are into masks,” he said. “Not outside.”

At least one counter-protester was in attendance. Dave Rodriguez, a retired nurse practitioner, wore protective gear as he stood across the street from the protesters. 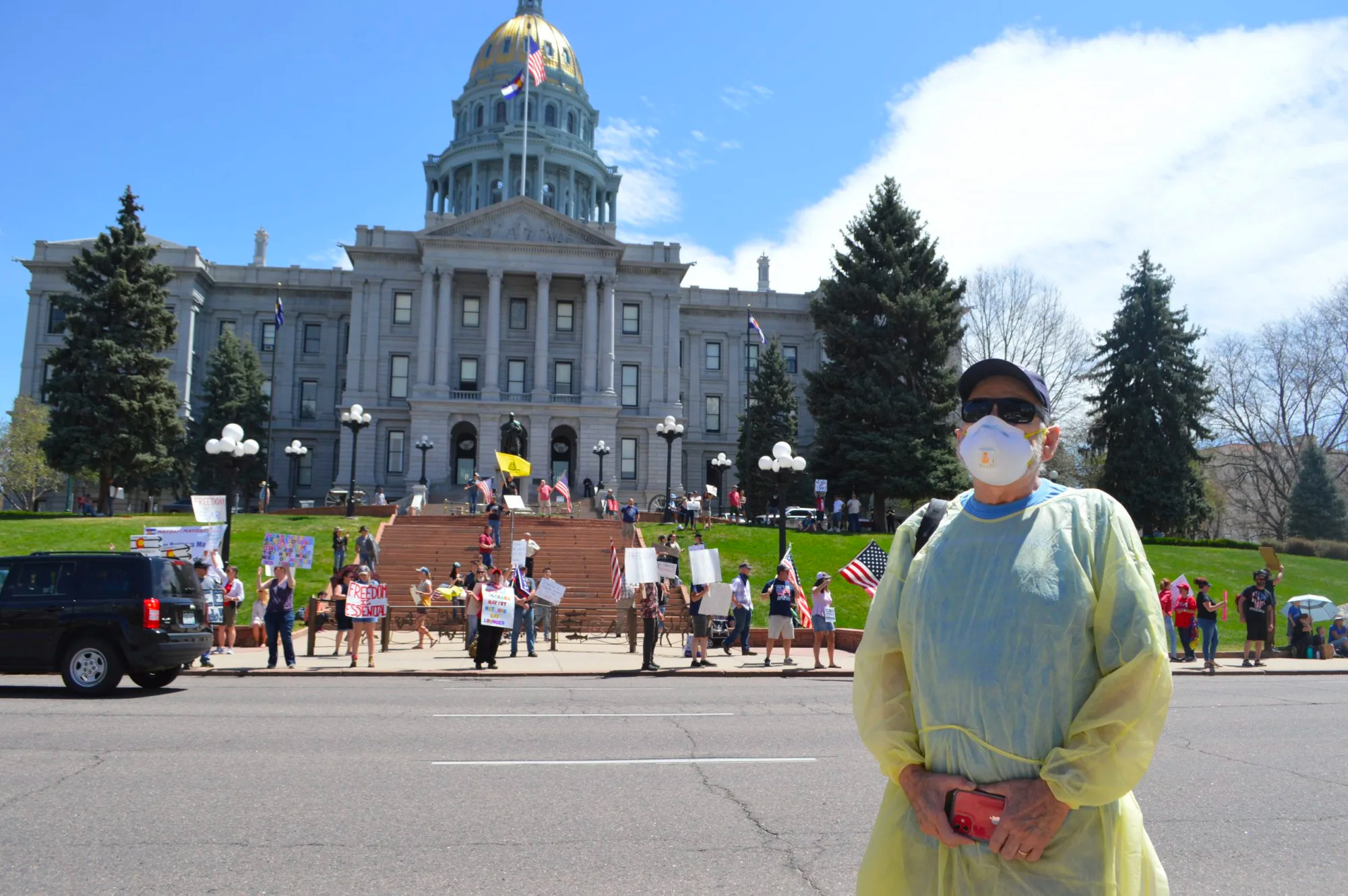 Retired nurse practitioner Dave Rodriguez, who supports the public health order, counter-protested from across the street

“They talk about right to life, but what about my right to life?” Rodriguez said, adding that his age makes him vulnerable to the virus and that he’s concerned for his mother who lives in a nursing home.

“Your rights don’t mean anything if you’re dead,” he said. “And if you have a family member who dies, how valuable are your rights to them?

“We should all be supportive of the governor for going above and beyond what the federal government has done,” he added. 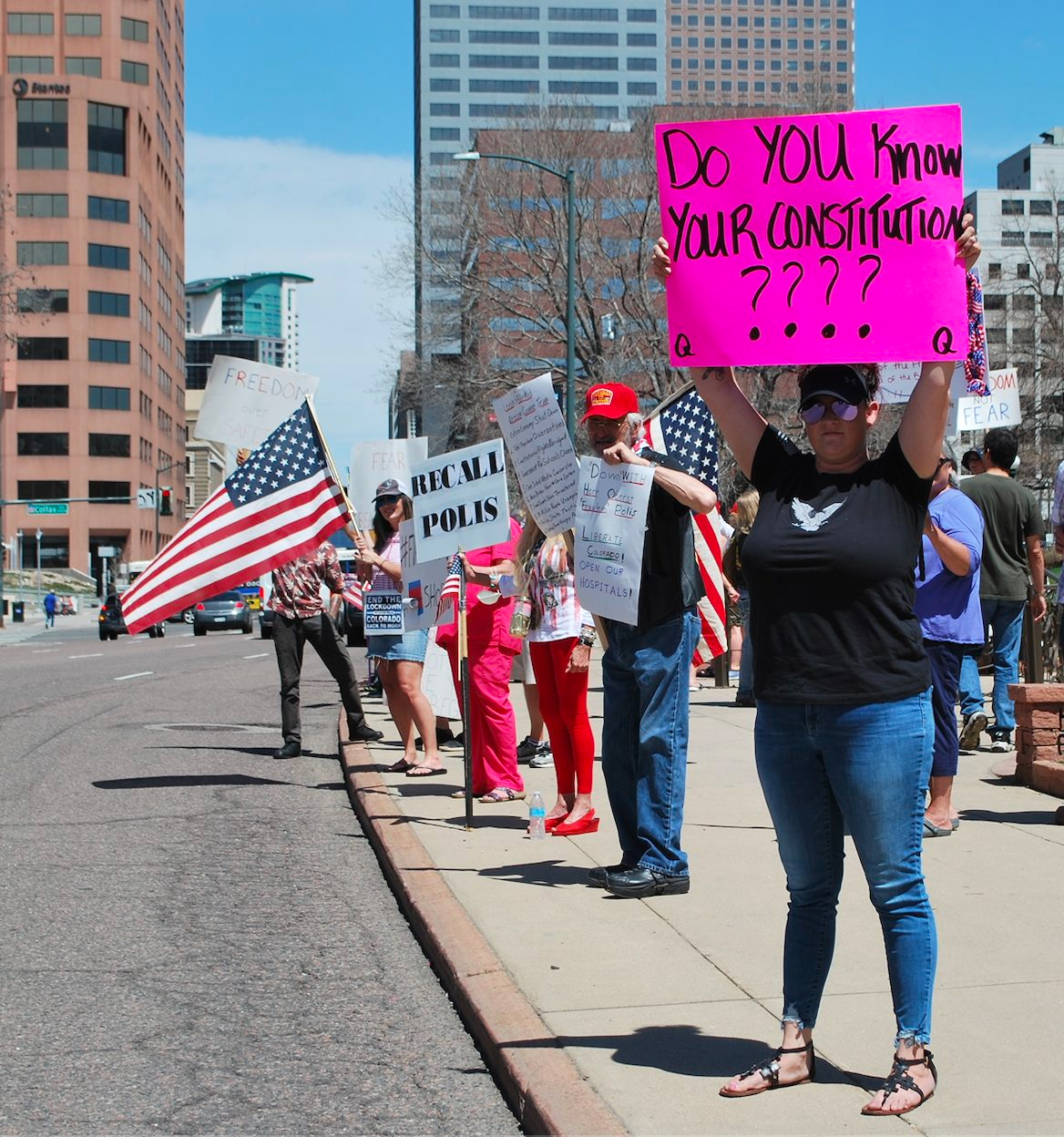 At least two attendees showed their support of the Q-Anon conspiracies via their signs or clothing.

Scroll down for additional images from the protest. 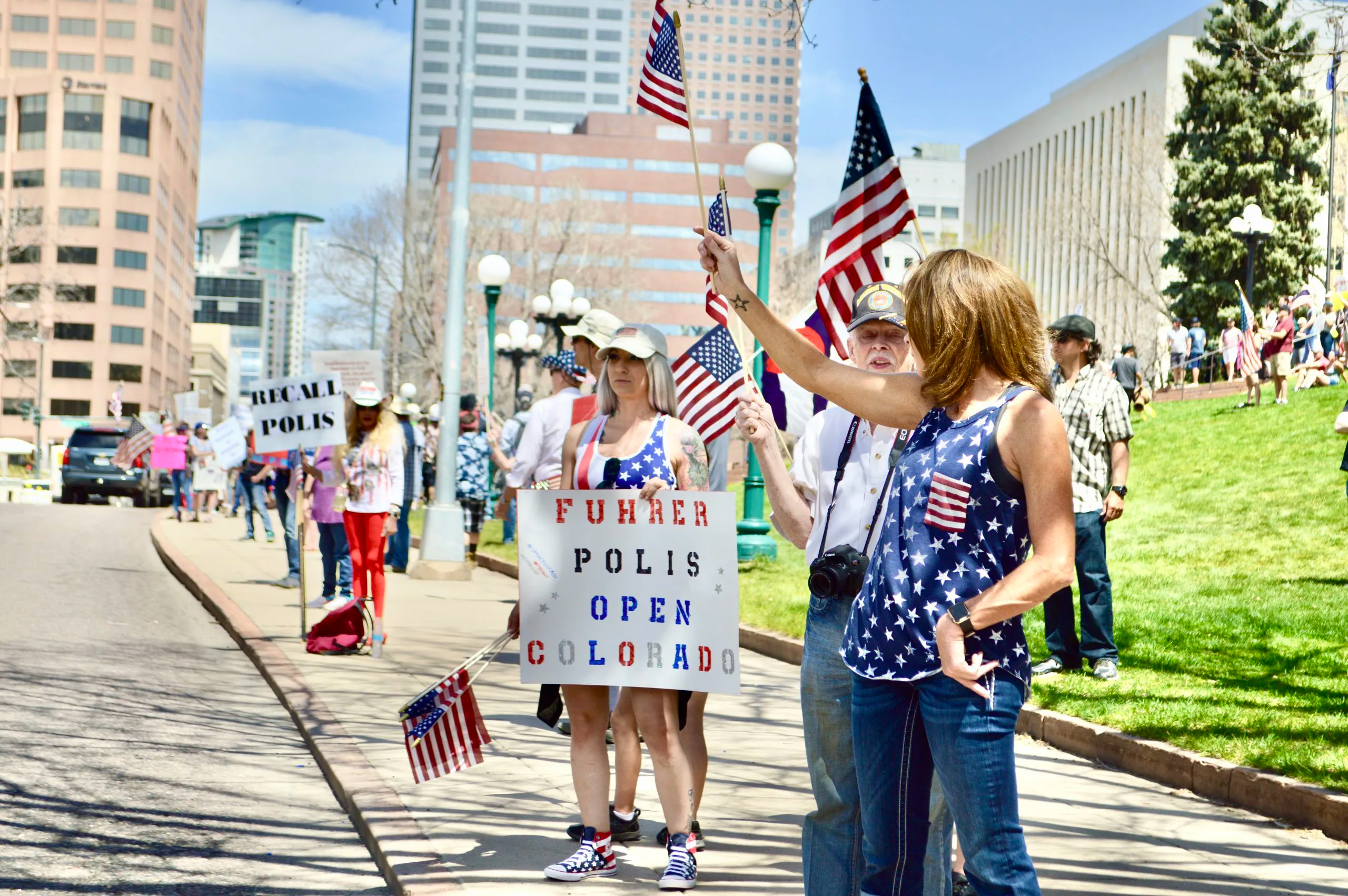 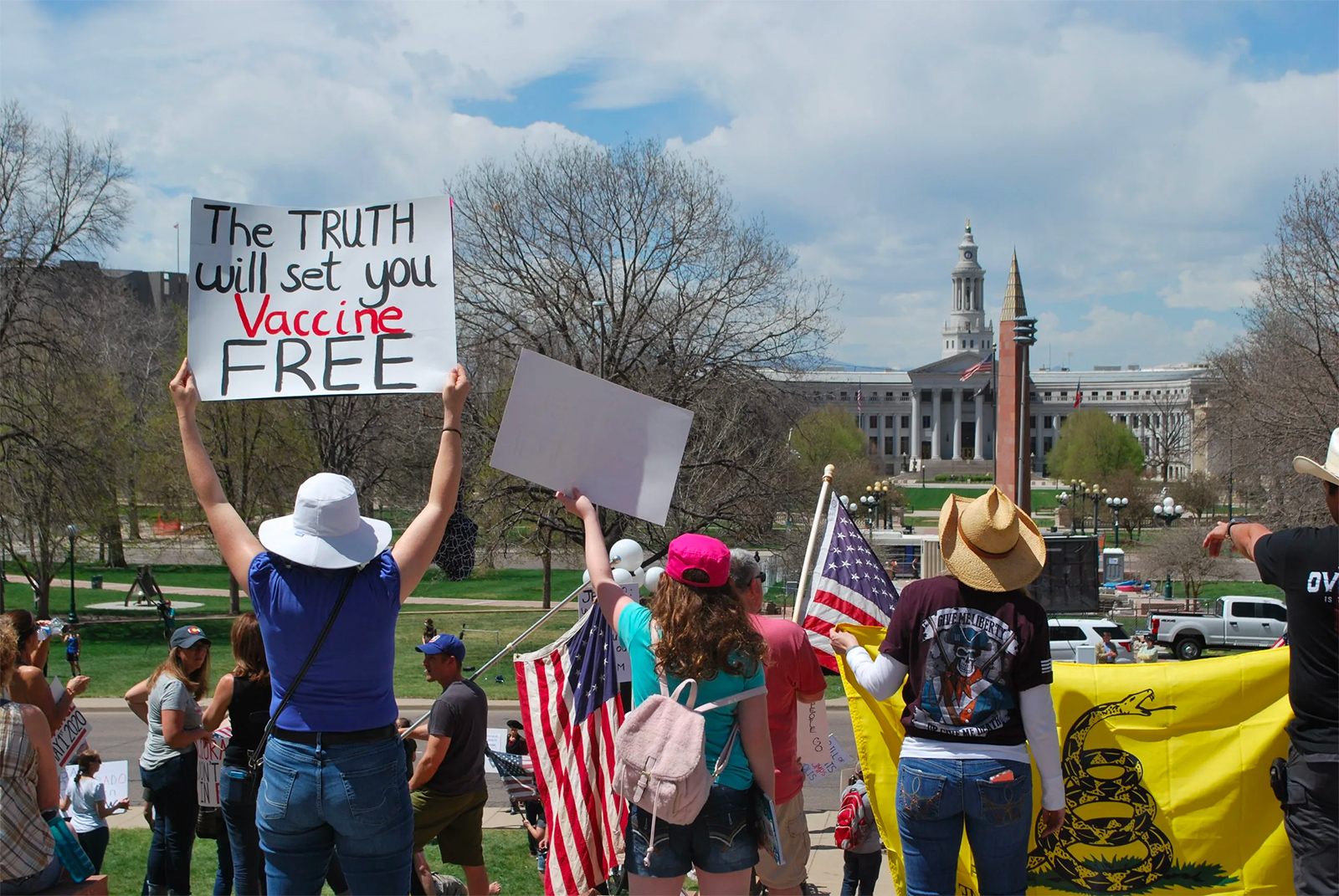 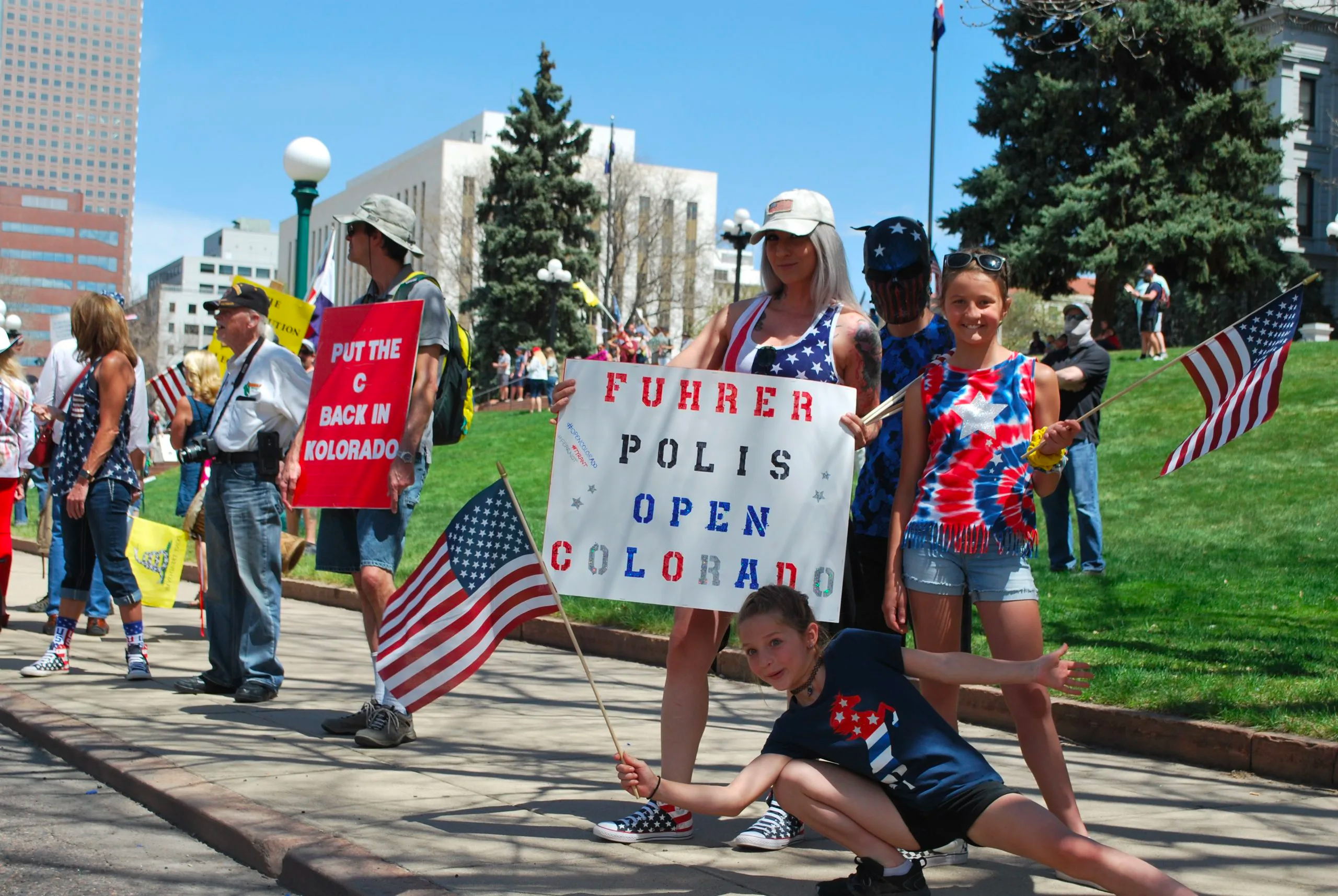