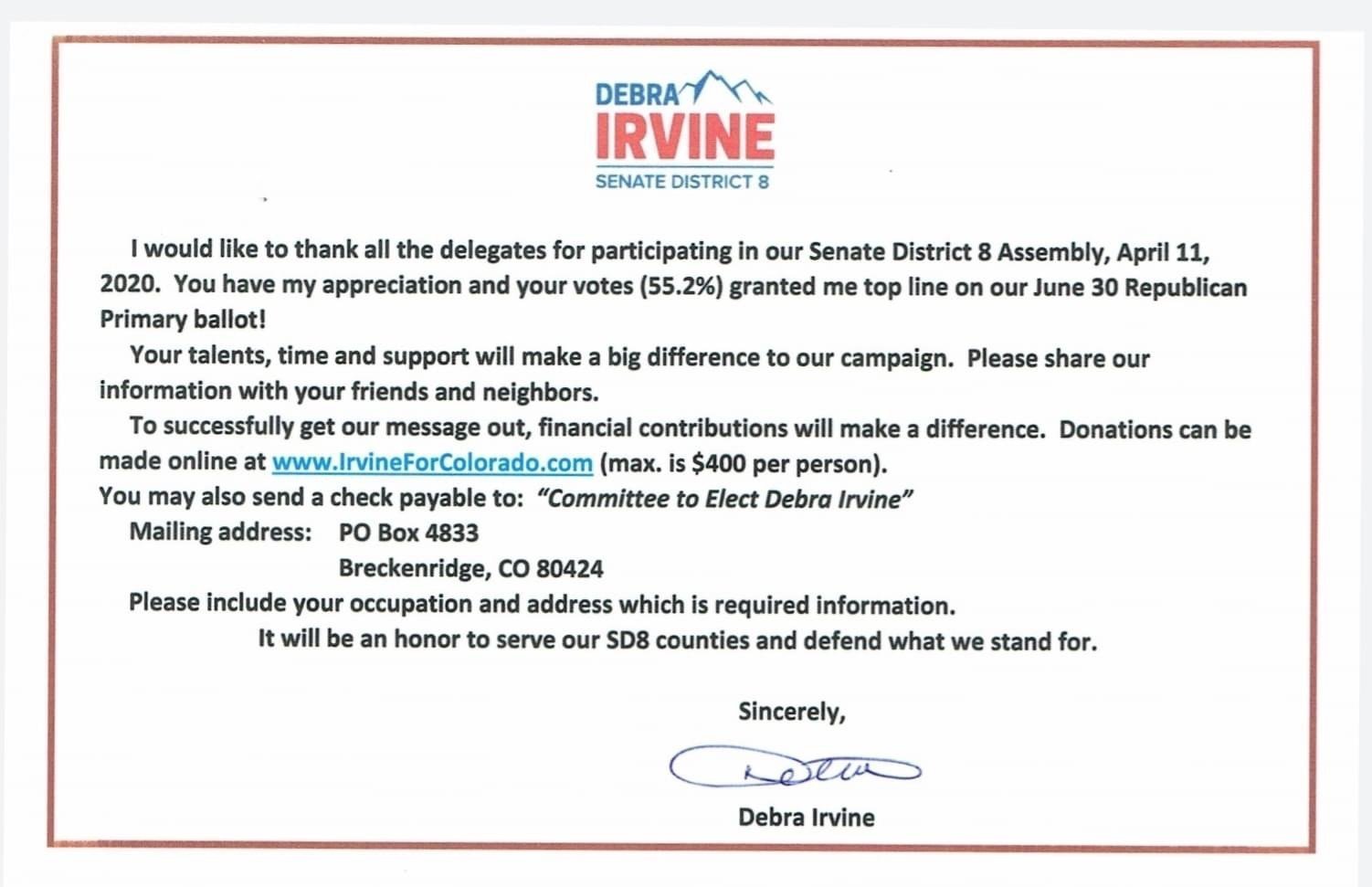 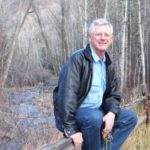 A result from the Republican cyber-assemblies this weekend worth noting: in Senate District 8, the seat formerly held by Randy “Boob Grabber” Baumgardner and now being defended by appointed Sen. Bob Rankin of Glenwood Springs, an insurgent conservative Republican primary challenger has upstaged the establishment pick. Debra Irvine, former Summit County GOP chair and repeat House candidate, swooped in to grab the top line on the ballot for this race in the June 30 primary.

As we discussed back in January of 2019 when Rankin was appointed to replace the outgoing-on-a-rail Sen. Baumgardner, this is a district in which red-meat conservative candidates can be richly rewarded in a primary battle against a moderate–much like Baumgardner himself defeated the former Sen. Jean White by appealing to SD-8 Republicans’ baser instincts. Rankin by contrast is considered to be one of the more “reasonable” (at least on today’s curve) Republicans in the General Assembly, serving on the Joint Budget Committee and a minority GOP “yes” vote for expelling Rep. Steve Lebsock over sexual harassment.

If ex-Sen. White’s experience is any guide, Bob Rankin could be about to face a similar dilemma. Irvine has good name recognition in this district as a longtime Republican Party fixture, and can charge up the faithful in comparison to Rankin’s more taciturn all-business delivery. We don’t make firm predictions based on assembly results alone, but for all of the aforementioned a reasons an upset may be in the making here.