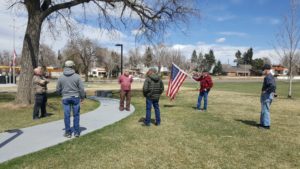 Good news from California, as The Washington Post reports:

Two weeks ago, California Gov. Gavin Newsom (D) announced the first statewide stay-at-home order in the United States, reshaping daily life for 40 million Americans and warning that the health-care system could be overwhelmed without swift action.

On Thursday, Newsom said social distancing has worked and that California is on track to meet patient needs, a contrast with the dire predictions still coming from some other states. [Pols emphasis]

“It’s the individual acts of tens of millions of Californians that allow me to say the following … the [intensive-care unit] numbers and the hospitalization numbers, while they’re growing, are not growing as significantly as you’re seeing in other parts of the country,” Newsom said at his Thursday news conference.

Keep it up, everyone!