Who Will Win Colorado Today? 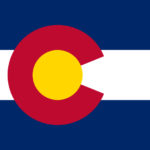 It’s only been a couple of days since our last poll in this space, but the field of candidates seeking the Democratic Presidential nomination has shrunk considerably. We’re basically down to four plausible candidates at this point: Bernie Sanders, Joe Biden, Michael Bloomberg, and Elizabeth Warren.

As with all of our totally non-scientific polls here at Colorado Pols, we want to know what you think will happen on Super Tuesday — not who you support or what outcome you would prefer. Think of it like a placing a wager on a sporting event; if you had to put money on the outcome in Colorado today, who would you pick?