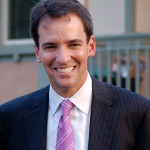 Former House Speaker Andrew Romanoff, one of many candidates seeking the Democratic U.S. Senate nomination in 2020, filed his Q4 2019 fundraising report this afternoon…

Romanoff reported raising about $313,000 in the last three months of 2019, leaving his campaign with roughly $686,000 cash on hand to start 2020. He also reported spending about $352,000 in Q4, which puts his burn rate somewhere south of terrible and well beyond anything sustainable.

These numbers would be fine if Romanoff were a candidate for Congress, but they are catastrophic for someone seeking a U.S. Senate seat in what is expected to be one of the most competitive races in the country in November. Here’s how Romanoff’s numbers compare to some of the other fundraising reports from the last quarter:

Romanoff can probably list a number of reasons as to why his fundraising has been so poor, but it doesn’t really matter why he is having trouble raising money. In 2020, you cannot win a U.S. Senate seat with a couple hundred thousand dollars.

Democratic frontrunner John Hickenlooper is putting together the necessary resources to win a tough U.S. Senate race after joining the field in late August. Romanoff has been a candidate for twice as long but has raised only about one-fifth of what Hickenlooper has reported.

Tomorrow is the first day of February in an Election Year. Romanoff is out of time.