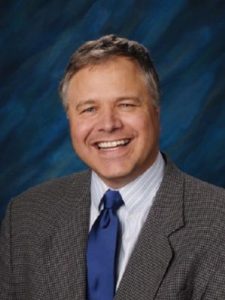 DeVos and Buck, who represents Colorado’s 4th District in the U.S. House of Representatives, are visiting the two schools to look at how they are approaching education, according to a Wednesday news release from the U.S. Department of Education…

Liberty Common is a parent-run, public charter school authorized by Poudre School District. The school — which emphasizes literature, history, civics and languages in its curriculum — offers grades K-12, with an elementary school for students in kindergarten through sixth grade and a separate high school campus for students in seventh through 12th grades. DeVos will visit the high school campus.

Known affectionately in some circles as “Hilldale by the Hillside,” Liberty Common High School in Fort Collins’ headmaster is former Rep. Bob Schaffer. Schaffer earned a reputation as an unapologetic “culture warrior” conservative during his career in elected office from the Colorado legislature to Congress, but was soundly defeated in his 2008 run for the U.S. Senate against Mark Udall under a scandalous cloud resulting from Schaffer’s ties to corrupt former lobbyist Jack Abramoff.

Liberty Common by all indicators has a very high and consistent level of academic achievement. The school has a long waiting list of applicants, and is understood to be both an academic and ideological “magnet” for political conservatives. That of course makes it a perfect venue for Education Secretary Betsy DeVos, by far the most ideologically polarizing Secretary of Education since the department’s creation in 1979. Most recently, Liberty Common was in the news for having applied for a waiver to exempt itself from the state’s revised sex ed guidelines passed in 2019–we assume out of an abundance of, you know, tolerance.

DeVos’ tenure as Secretary of Education has been one of the most troubled of any member of Donald Trump’s Cabinet, which says a lot. A 2017 poll ranked DeVos as the least popular cabinet member. DeVos’ legendary interview bombs, which preceded her confirmation, continued to haunt her to the point where she limits her exposure these days to more friendly confines–like the recent Washington, D.C. fundraising dinner in which DeVos compared abortion to slavery.

With all of this in mind, we’ll be watching for news breaking from Liberty Common today.

And no news will be good news.