A Few More Words On The Romanoff/NRSC Alliance

Hick continues to be under fire in #COSEN

Now his progressive primary opponent ⁦@Romanoff2020⁩ is jumping in the fray https://t.co/SP6LyI9gm0 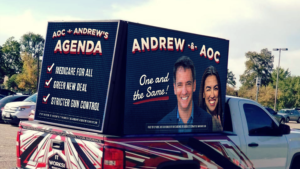 Republicans have been demanding for more than a month that the state scrutinize use of the 16-year-old federal account by Hickenlooper, the front-runner for the nomination to challenge GOP Sen. Cory Gardner…

“Ideas are not responsible for the people who come up with them,” he said. “There might be no doubt partisan motivation if the NRSC is pushing for this, but that doesn’t mean the audit is a bad idea. [Pols emphasis] I think we all have an interest in making government as transparent and accountable as possible.”

We’ve written a few times now in this space about an ethics complaint filed by Republicans, alleging violations of Colorado’s constitutional ban on state officials receiving gifts by former Gov. John Hickenlooper. The complaint itself is relatively small potatoes, consisting of a few instances of travel that appear to either be related to his official duties as governor or exempted as coming from “a personal friend and on a special occasion.” The next hearing in the case isn’t until March, giving Republicans valuable speculative mud-slinging opportunities before the process concludes.

The weak allegations contained in the ethics complaint against Hickenlooper itself, objectively much lesser alleged violations of the state’s ethics laws than the case involving former Secretary of State Scott Gessler spending office discretionary funds on partisan political events, has given rise to a secondary “meta” line of attack. Like Gessler and other state officials who have come under investigation by the state’s Independent Ethics Commission (IEC), the state pays for legal representation for the official subject to the complaint–in Gessler’s case, well over $500,000. Hickenlooper’s defense in the present case has cost less than a tenth of that amount.

But for reasons we’re still not completely clear on, the funds used to pay for Hickenlooper’s legal defense wrongly became identified as “post-9/11 relief funds” in several media stories. We assume this was a characterization planted by Republicans pitching the story for dramatic effect. In truth, the funds were originally disbursed to states by the federal government as part of the Jobs and Growth Tax Relief Reconciliation Act of 2003, otherwise known as the “Bush Tax Cuts.” Given that then-President George W. Bush ran for office on a platform of tax cuts, and signed into law his first round of promised tax cuts well before 9/11–not to mention that the 2001 recession was long over by 2003–this toxic characterization of money that was mostly spent by Republican Gov. Bill Owens before Owens left office in 2007 is not just wrong but absurd.

We are regularly accused of bias in the Democratic Senate primary, much like we were in 2010 when Romanoff lost the last U.S. Senate primary to now-Sen. Michael Bennet. In reality, it’s a simple question of capacity. The 2020 U.S. Senate race in Colorado is expected to be one of the most, if not the most competitive race in the nation. The last three Senate races in the state have been decided by unexpectedly narrow margins–Bennet winning narrowly over Ken Buck in 2010 and Darryl Glenn in 2016, and Cory Gardner defeating Democratic incumbent Sen. Mark Udall by less than two points in 2014. So far, Andrew Romanoff has only managed to raise about a quarter of the money Hickenlooper has in the time both have been in the race. Polling instantly showed that Hickenlooper would dominate the primary and go on to bury Gardner. The Democratic Senate primary before Hickenlooper’s entry was a pack of mostly (sorry, this is going to sting) unprepared, unserious candidates–which is why the door was open for his run.

With all of this in mind, we’re not actually going to conclude with the wholesale condemnation of Romanoff’s campaign we easily could. We want to put the question to our readers: is Romanoff joining forces with the National Republican Senatorial Committee (NRSC) to attack the prohibitive favorite Democratic candidate acceptable to you? If your ultimate goal as a Democratic voter is to ensure that Cory Gardner does not get another term, does validating the Republican campaign organization set to attack whoever wins this primary serve that purpose?

If this wasn’t such a lopsided competition, it might be different. But without a viable path to victory for Romanoff, his supporters need to think about what the end game of this campaign looks like. The NRSC wants only one thing: to save Cory Gardner’s skin. And they know one of the only chances they have to slow the oncoming train is in this Democratic primary.

With that, we’ll turn it over to you and your conscience.