Approximately two hundred people rallied at the state Capitol Saturday against Colorado’s new “red flag” law, which allows guns to be taken from people deemed a threat to themselves or others.

Organizers of the “We Will Not Comply” rally included Rally For Our Rights activist Lesley Hollywood, conservative Facebook personality Sheronna Bishop, and gun rights activist Lauren Boebert, who just launched her campaign for Colorado’s Third Congressional District, where she will challenge incumbent U.S. Rep. Scott Tipton in the Republican primary.

Conservative activist Sherronna Bishop, who runs a Facebook page called “America’s Mom,” emceed the event. She thanked two groups for providing security: Boots On The Ground Bikers For Trump, and the Three Percenters.

The Southern Poverty Law Center (SPLC) lists a number of “three percent” anti-government extremist groups in Colorado, including the American Patriots III%, which provided security. Also among the attendees were members of the Proud Boys, which is designated as a hate group by the SPLC. 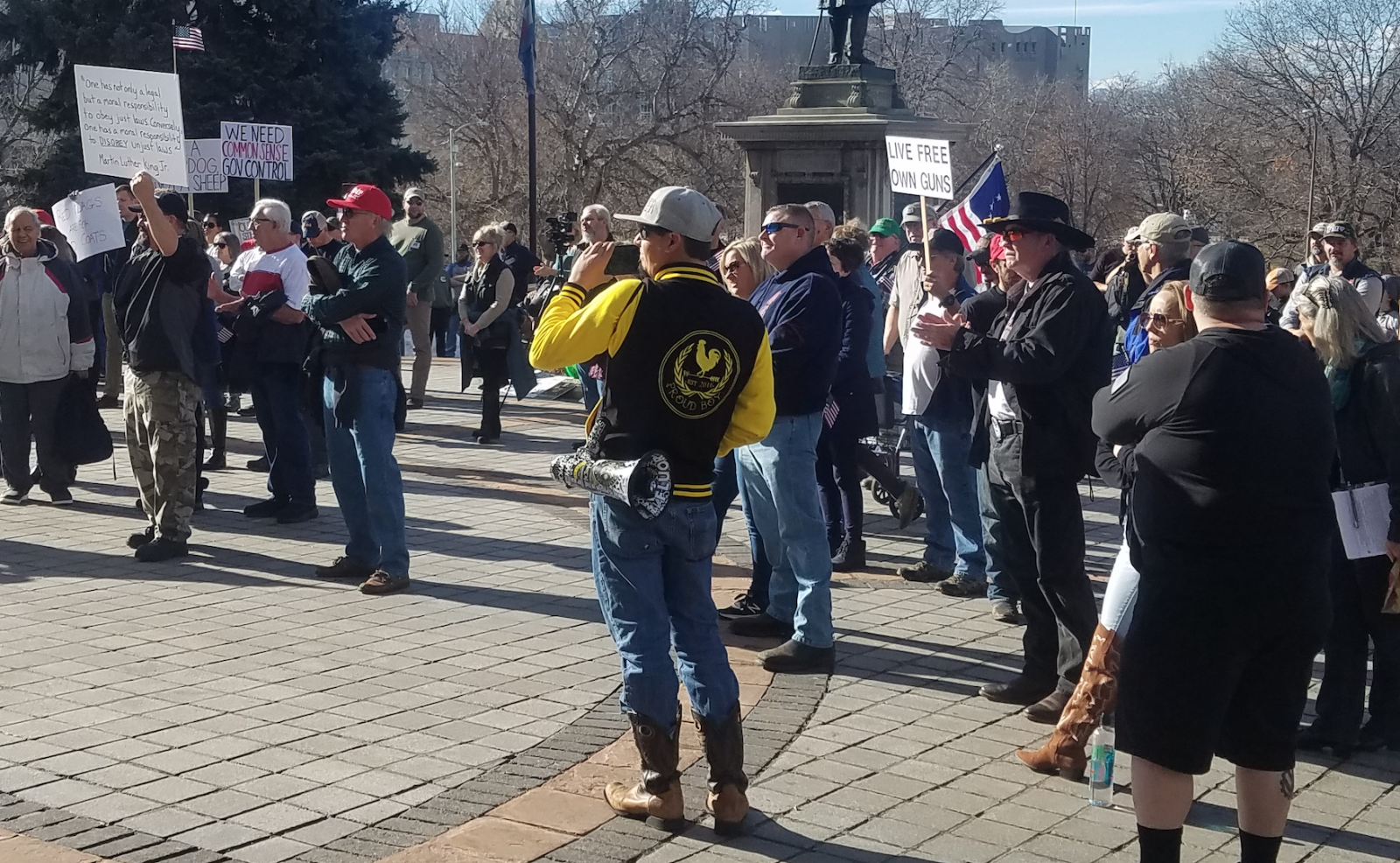 “Being here is one part of it, but guys please get involved, when there are elections going on when there are recalls going on, we need you,” Neville told the crowd. “We need you out there helping us fight so we have a larger voice in this building.”

Neville also said the red flag law will increase gun violence because “we’re going to be knocking on innocent people’s doors and we don’t know how that’s going to go.”

He said he praises and supports sheriffs like Steve Reams of Weld County who have refused to enforce the law, known as the Extreme Risk Protection Order.

Asked how he plans on supporting sheriffs beyond a public statement, Neville said some of his members are working on it. Asked if that meant a bill that would cancel out or change the red flag law, the Minority Leader replied, “Maybe. You’ll have to come back on January 8 [the opening day of the legislative session] to find out.”

State Rep. Shane Sandridge (R-Colorado Springs) delivered the final speech. He insisted that rights come from God, not “the people in that building behind me.” He encouraged law enforcement not to comply with the red flag law, saying, “the Constitution bounds you not to comply.” Sandridge concluded his speech by leading the crowd in a chant of “we will not comply!”

Other speakers included Dudley Brown of Rocky Mountain Gun Owners, who described himself as a “RINO hunter” [Republican In Name Only].

Brown joked that the fun part of hunting RINOs is that “you don’t even have to clean them after you shoot them. You want to leave their bodies to rot out in the field as a warning to other RINOs.” He emphasized that he was “speaking politically for the humor-impaired.” 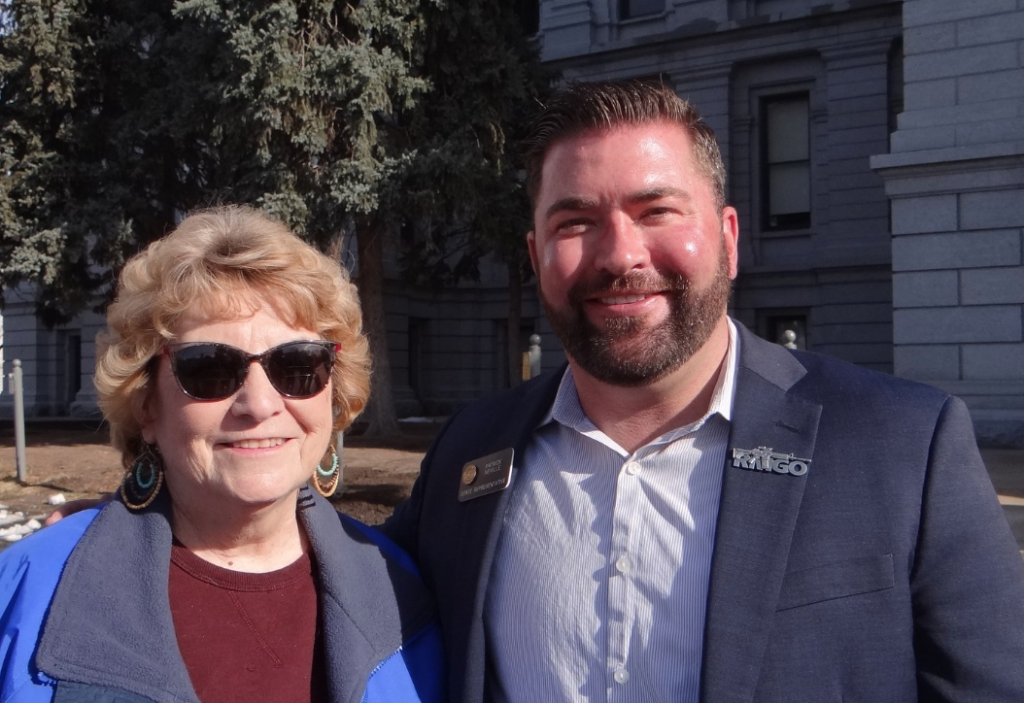 Attendees also included some Republican statehouse candidates. House District 63 primary opponents Pastor Corey Seulean and former legislator Pat Miller were in the crowd. Miller posted pictures on Facebook of her with Rep. Sandridge and Neville, both whom she says has endorsed her. 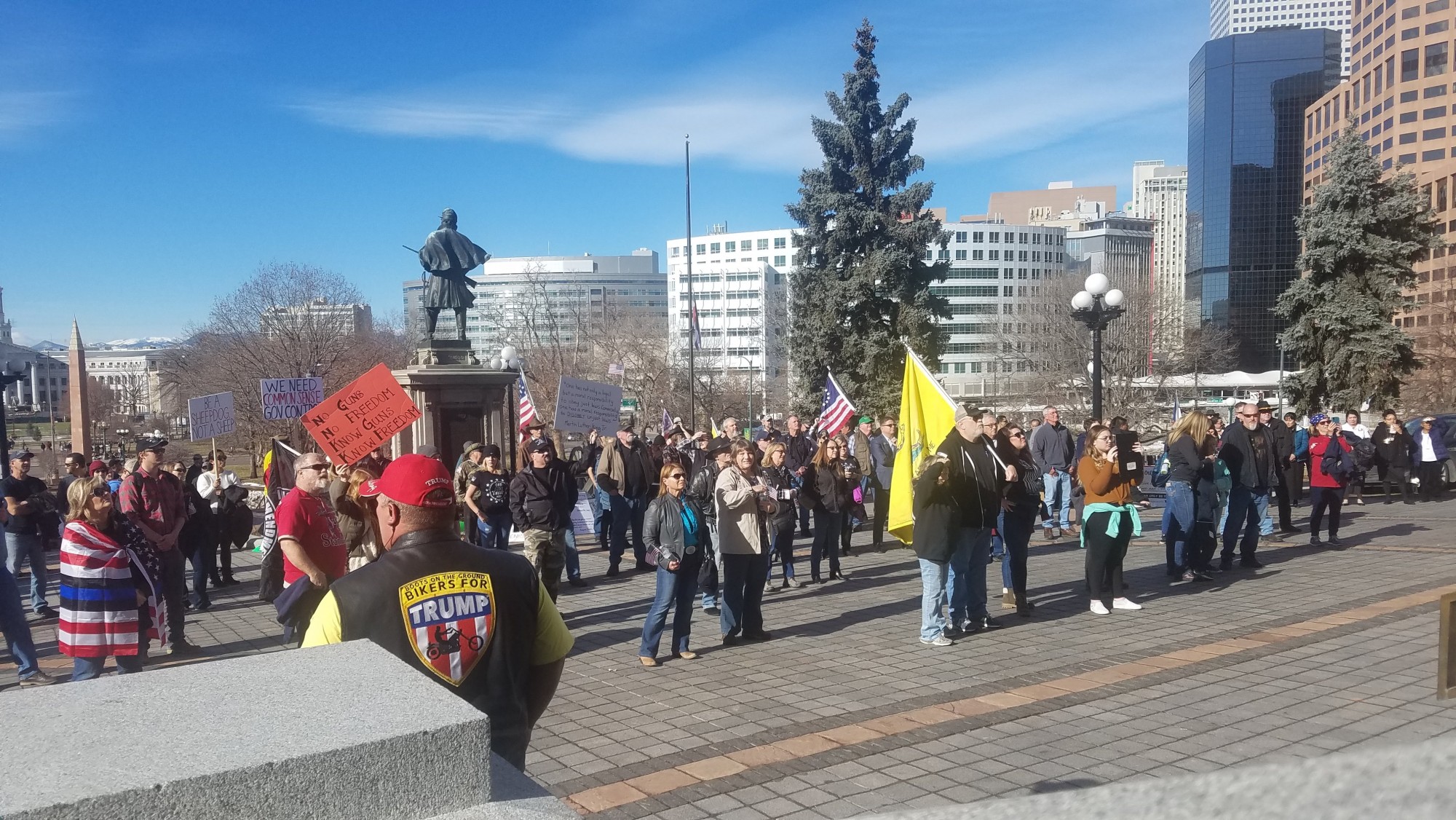 Bikers For Trump, along with members of the American Patriots III% group, provided event security. 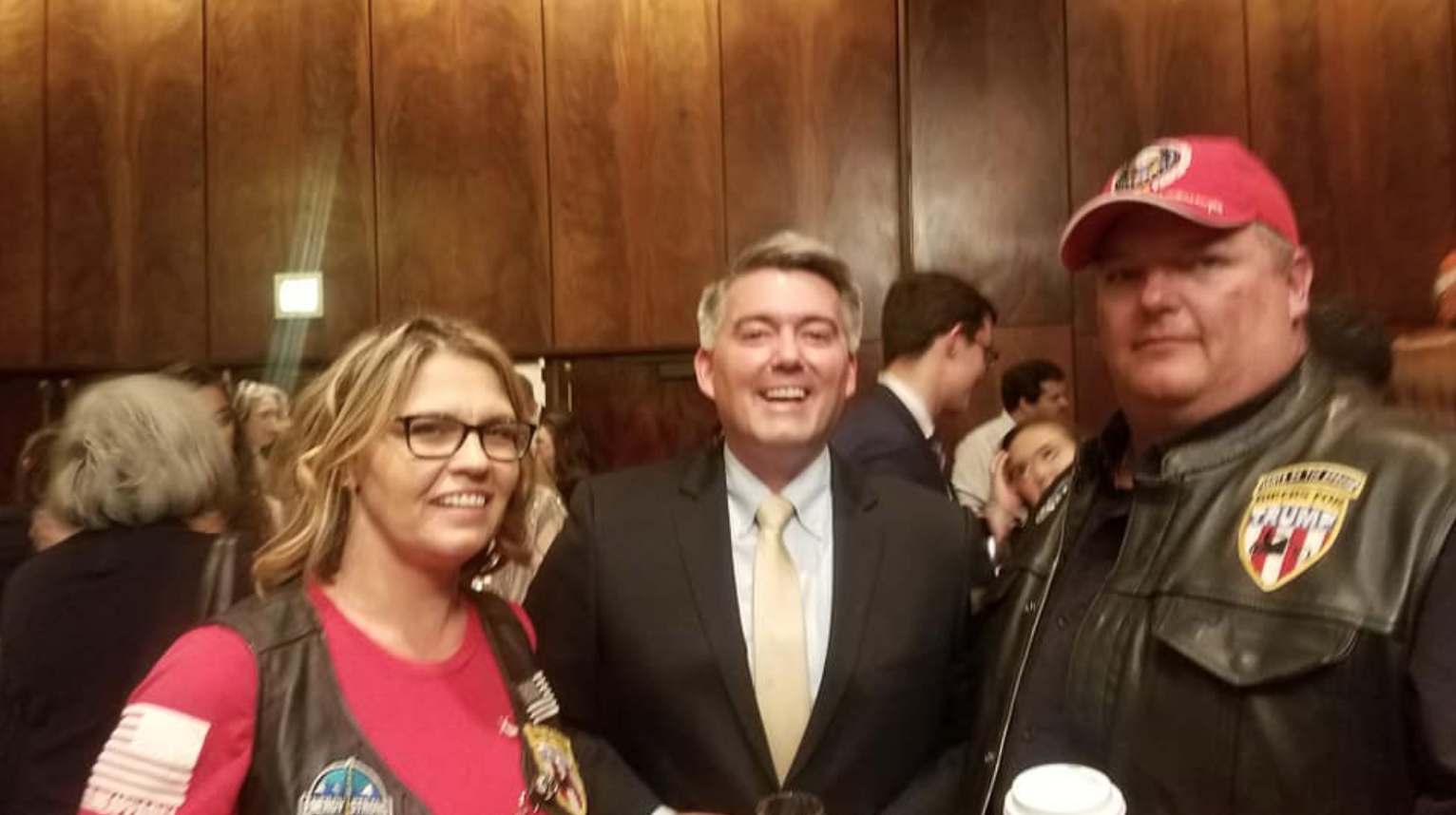