So You “Won’t Comply” With The Red Flag Law, Will You? 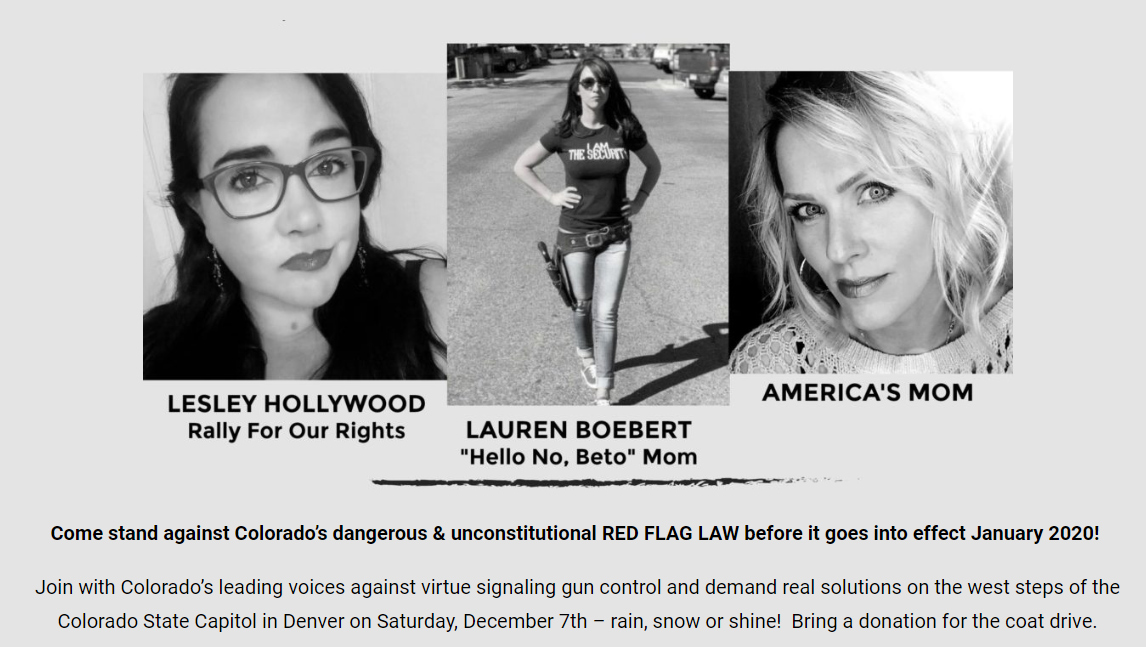 This Saturday on the west steps of the Colorado State Capitol, a “We Will Not Comply” rally is scheduled to be hosted by pro-gun activists and Rep. Shane Sandridge of Colorado Springs, “to stand against Colorado’s dangerous & unconstitutional RED FLAG LAW (emphasis theirs) before it goes into effect January 2020.” Pro-gun rallies at the state capitol are common enough (and sparsely-attended enough) that they generally don’t warrant a mention, but with the new extreme risk protection order (ERPO) or “red flag” law set to take effect in Colorado at the beginning of January, Saturday’s rally does have some added significance.

Notably, the event does not have listed as any of its scheduled speakers as of this writing one of the state’s elected county sheriffs who have controversially declared their intent to ignore the ERPO law when it takes effect next month, which could expose those officials to sanctions including contempt of court in addition to allowing potentially disastrous public safety risks with both political and human costs. Colorado is not the only state with a red flag law, but the open defiance of a few local officials here has been a distinguishing feature of the debate.

And that got us to thinking: what exactly does it mean for individual citizens to declare they “will not comply” with the ERPO law? Does this mean they would not utilize the law to prevent a family member from harming themselves? Does it mean they would they not surrender their own guns if ordered to do so via an ERPO? Are they suggesting persons subject to an ERPO should…resist? The legal questions and liabilities are different from those faced by law enforcement, but with the ERPO law about to take effect it’s time to have a sober conversation about what this kind of rhetoric actually translates to in the real world.

Because in a few weeks this law, supported overwhelmingly by the public in every poll, is going to be real.

We predict that a good deal of the rhetoric against the law in the past year will not age well.