McInnis: I Only Plagiarize With THIS Hand

We commented previously on the unfortunate theme of plagiarism-tainted GOP gubernatorial candidate Scott McInnis’ newest TV spot, where McInnis proudly holds up a pen and declares it to be the one he’ll use to veto stuff with. Predictably, the jokes about whether or not that’s the pen he used to defraud a Colorado Supreme Court justice were not far behind.

Well apparently, McInnis isn’t even honest about the hand he uses to write with? What gives? 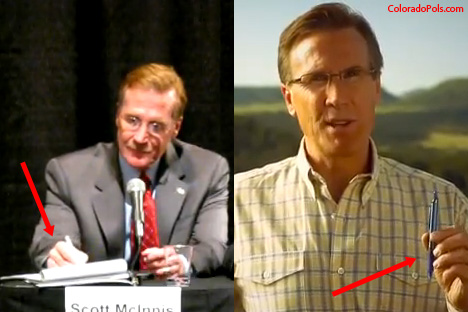 At the risk of offending any southpaws in the community, a poll follows.