The cover art for today’s Politico Magazine top story, a photo collage of AP and Getty images by Zach Meyer, is turning heads–a depiction of President Donald Trump and key Republican lawmakers in the style of the Last Supper painting by Leonardo da Vinci. On the left you’ll find Sen. Cory Gardner of Colorado, who has embraced Trump in recent months despite the state he represents turning decidedly hostile toward the President (and the President’s party) in recent elections. The thinking here we assume is that despite Gardner’s steadfast support of Trump up to now, Gardner’s personal vulnerability could well make a turncoat of him before the end.

With that said, we will grant that this depiction is a little better imagewise for Gardner than the Politico Magazine headline he earned after his narrow win in 2014: 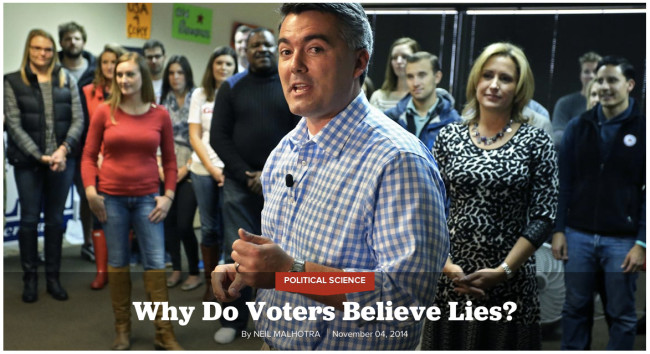 Not much better, but a little.