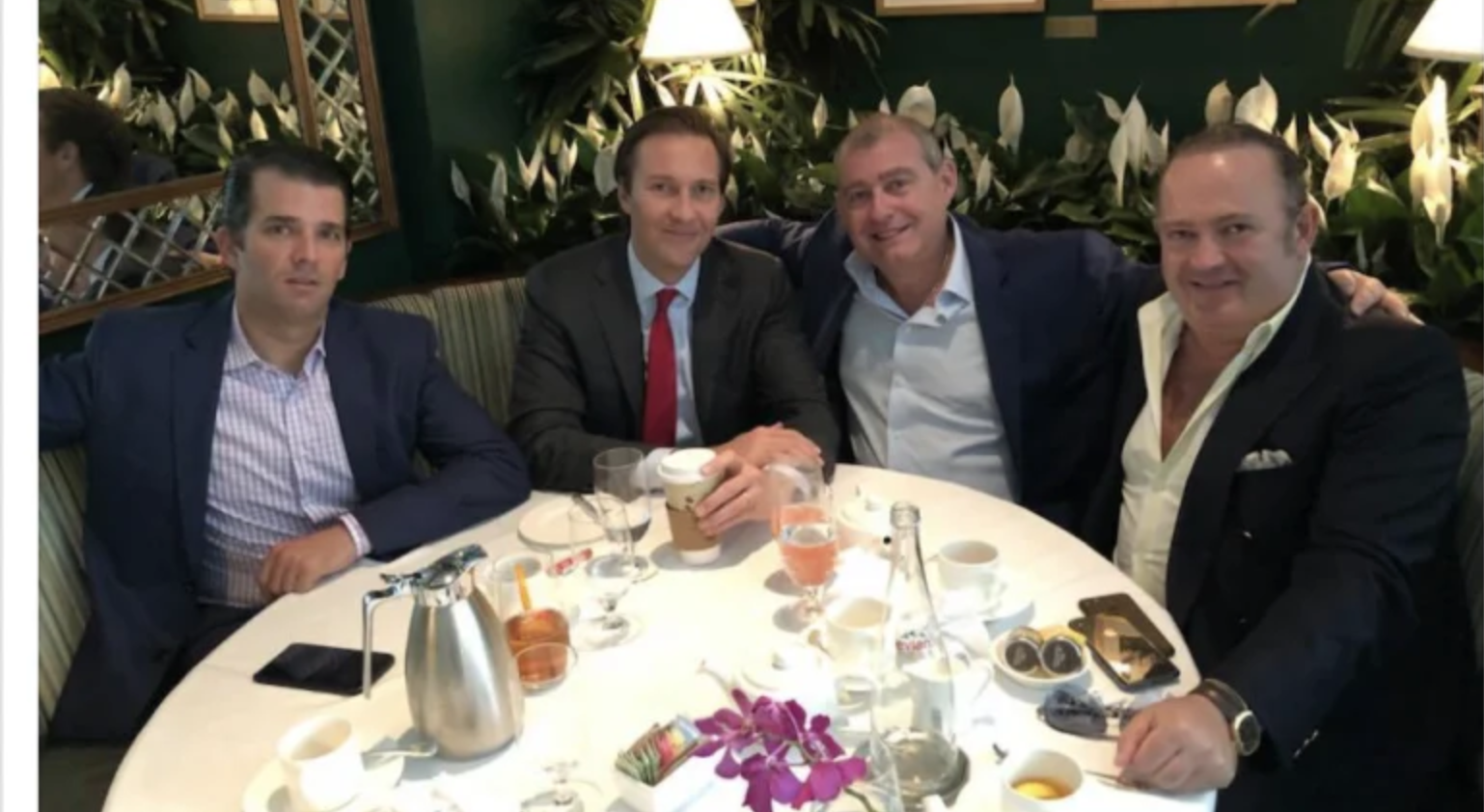 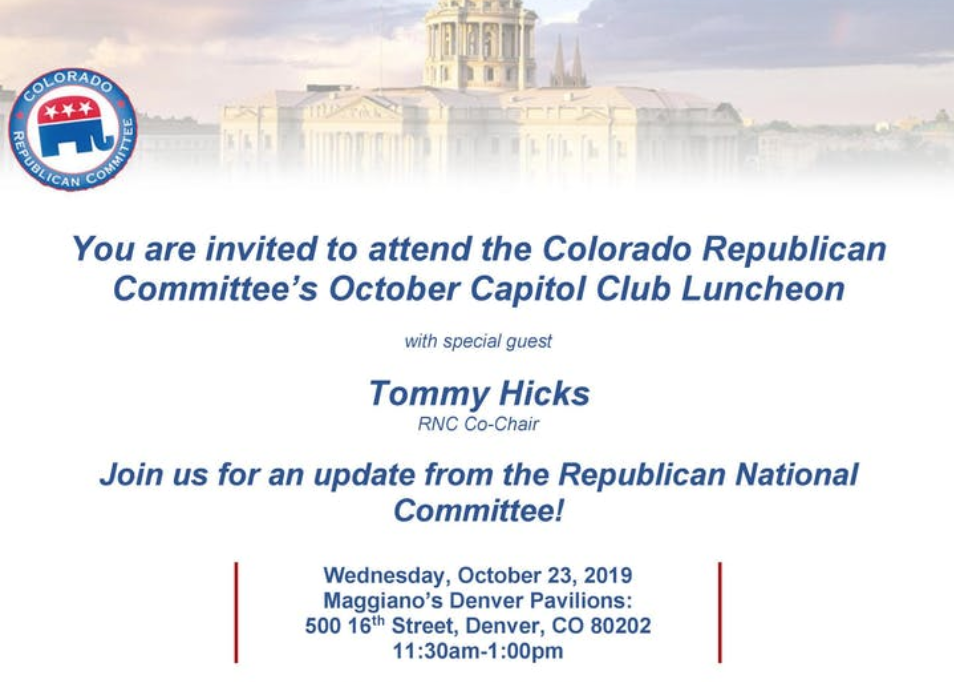 The son of a Dallas billionaire and hunting buddy of Donald Trump Jr., Hicks served as chair for America First Action, a pro-Trump super PAC, prior to being named co-chair of the Republican National Committee earlier this year.

The Washington Post reported that the Ukrainian associates of Rudy Giuliani, Lev Parnas and Igor Frumen, donated $325,000 to America First Action. According to the indictment, the money was falsely reported as coming from a fake liquified natural gas company set up to conceal its true donor. 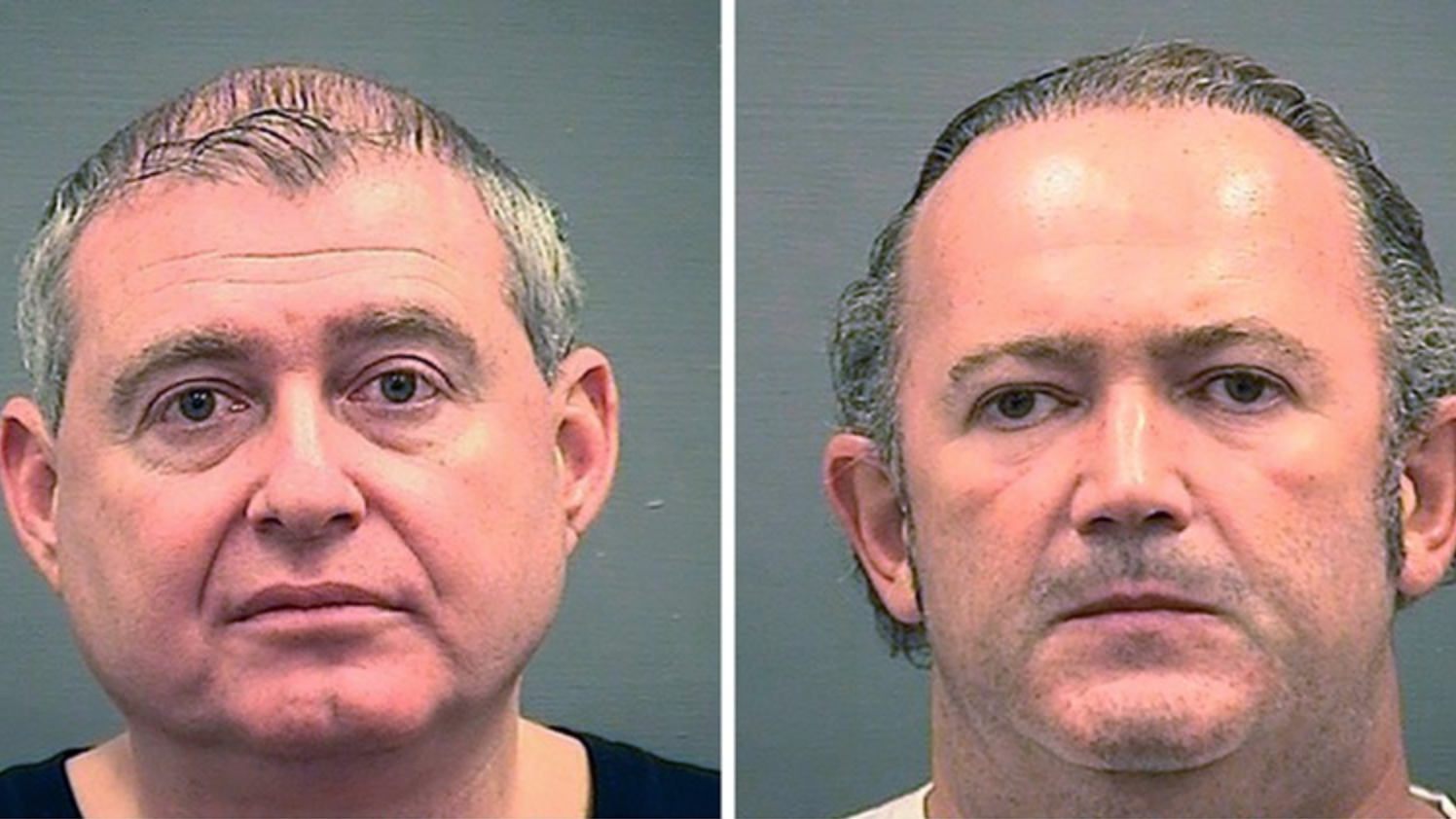 Four days after making the illegal six-figure donation to Hicks’ group, Parnas posted this picture of he and Fruman enjoying a “power breakfast” with Hicks and Trump Jr. at the Beverly Hills Polo Lounge. 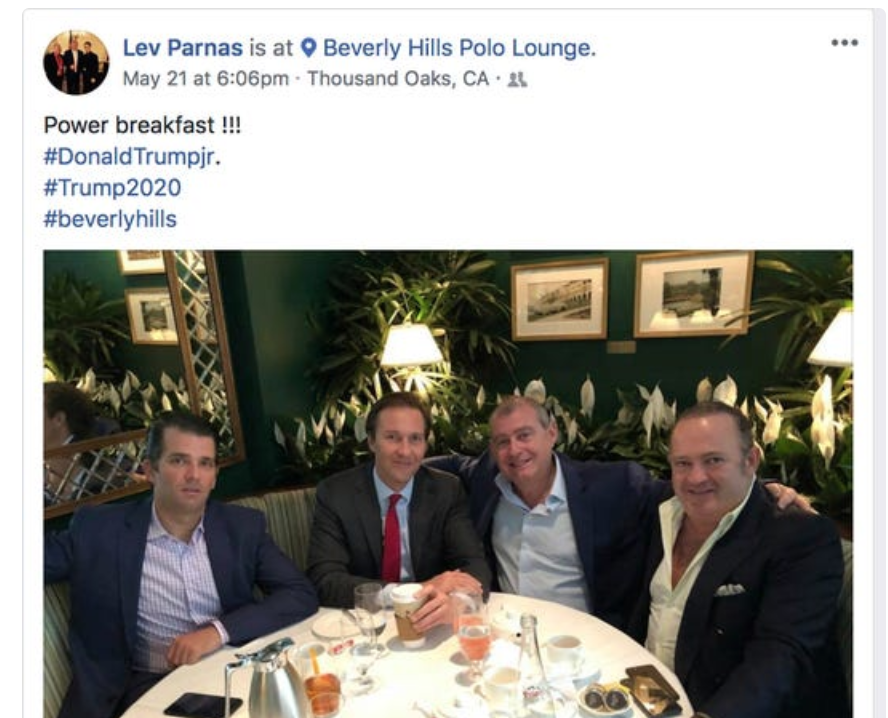 The luncheon takes place at the Maggiano’s restaurant in downtown Denver at 11:30 AM. Tickets are $50, unless one is already a member of the Colorado Republican Committee’s “Capitol Club.” The invitation notes that “contributions from corporations and foreign nationals are prohibited.”

This isn’t Hicks’ first fundraising trip to Colorado this year. In July, he joined Vice President Mike Pence for a reception in Aspen. Tickets for that event reportedly cost $35,000 per couple.

Hicks is also friends with Kirk and sits on Turning Point’s advisory board. The trio was profiled in 2016 by the Dallas Morning News. The article includes this praise for Hicks fundraising prowess:

“These two young wild men have done more in three or four months than politicos who’ve run their traps for 30 years. They flat went nuts,” says Robert Blaha, chairman of the Trump campaign in Colorado.