Following the Colorado Times Recorder’s report that the “Vote No On CC” campaign was using the new Colorado state logo without permission, attorneys for the state issued a cease and desist letter. The logo has since been removed.

Proposition CC is a referred measure from the Legislature that asks voters to keep state tax revenue over the limits prescribed by the state constitution. The proposal is so common it has a nickname, “De-Brucing,” after anti-tax activist Douglas Bruce, whose 1992 ballot initiative, the Taxpayers Bill of Rights (TABOR), added the revenue limits to the constitution in the first place.

Over 80% of all Colorado cities, counties and school districts have already passed similar measures at the local level.

Bruce, who is leading the opposition campaign, is also a convicted felon who served prison time for tax fraud, attempted bribery and money laundering. 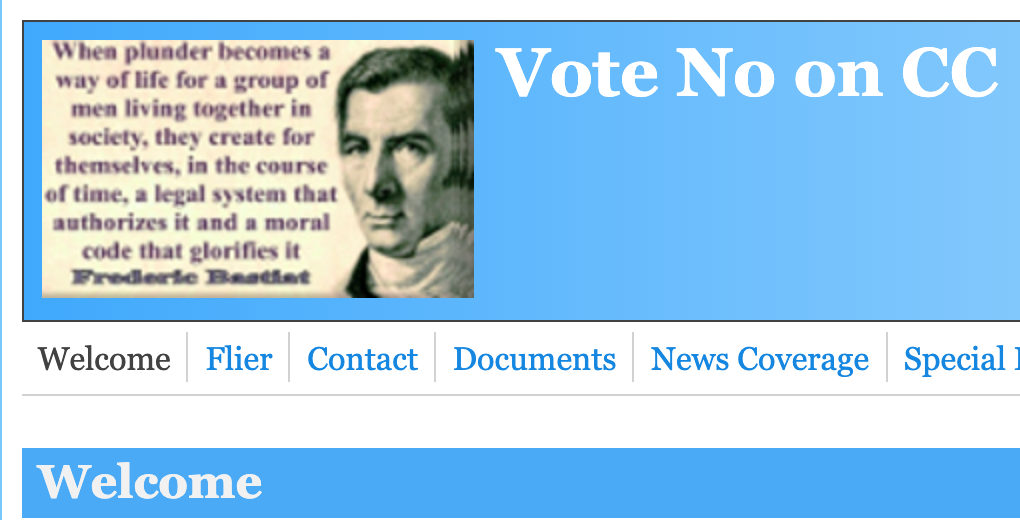 The “Vote No on CC” website is run by a longtime friend of Bruce, Dr. Frederic Herman of Wyoming. The state logo has been replaced with an image of free market economist Frederic Bastiat, who argued that taxation is “legalized plunder.”

Opposing the taking of someone else’s property without permission is entire thrust of the No on CC campaign’s argument. Ironically, it’s the same argument the state of Colorado made to the campaign in order to get it to stop using the state logo for political purposes.