Yet Another Democrat Running for U.S. Senate 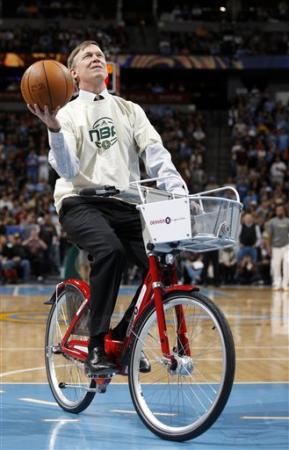 Former Gov. John Hickenlooper is a tough act to follow as a Senate candidate.

Last week Democrats John Walsh and Dan Baer separately announced that they were ending their campaigns for U.S. Senate and endorsing former Gov. John Hickenlooper for the Democratic nomination in 2020. This all seemed inevitable once Hickenlooper walked through a very open door to join the field last month; all available information since that moment supports the idea of Hick as an overwhelming frontrunner for the Democratic nomination to take on Sen. Cory Gardner (R-Yuma).

But as Anna Staver reports for the Denver Post, hope (or something) rings eternal in politics:

Denise Burgess, who serves on the board of the Denver Metro Chamber of Commerce, is announcing her entry into the race Monday morning, taking the number of candidates back up to 10.

“Me running for U.S. Senate wasn’t about anyone else,” Burgess said when asked about the timing of her decision. “You don’t become a successful woman in construction by letting someone else determining your fate.”

Burgess is a second-generation Coloradan who worked with her father to grow the family’s heating and air conditioning business into a nationwide construction management firm, Burgess Services Inc. Her company has worked on the City and County of Denver Justice Center and the Westin Hotel at Denver International Airport.

That Burgess is running for Senate isn’t a total shock in one regard; we heard a rumor last Spring that Burgess was considering a Senate bid, but that whisper vanished as quickly as it emerged and we just wrote it down to typical off-year political speculation. If it is true that Burgess has been considering this decision for some time and waited until now to make it official — well, lets just say she’s getting some terrible advice.

Burgess has an impressive resume in the Denver business community, but she’s virtually unknown among potential voters and Democratic activists. It would have been a stretch for Burgess to start a statewide campaign four months ago when the field was very much unsettled; now she’ll also have to find a way around Hickenlooper, arguably the single most identifiable political name in Colorado at the moment.

Burgess tells the Post that she is planning to make the June Primary ballot via the petition process, which is about the only part of her Senate announcement that makes any sort of strategic sense whatsoever.