This is the fourth recall petition against Democratic lawmakers this year that has failed.

Last Friday, organizers of an effort to recall Gov. Jared Polis announced they had failed to gather enough signatures for a recall. They claimed to have gathered around 300,000 of the necessary 631,266 but provided no proof…

“It’s hardly a surprise that these bogus recalls failed to find support beyond the grifters, extremists and sore losers who hatched the ploys in the first place,” said the group’s spokesman, Curtis Hubbard. “These scams were designed to raise money and collect data on voters in competitive districts, and all Coloradans — regardless of political affiliation — should be disgusted by the abuse of the recall process.” 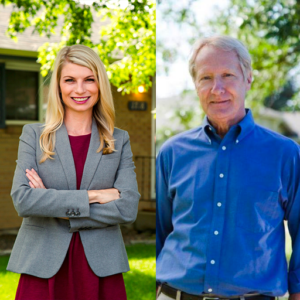 UPDATE #3: Here’s the statement from “Recall Et All,” blaming the failure of the Lee and Pettersen recalls on big bad nasty union thugs, et al. — who target 60-80 year old women, no less — while promising like good Scooby Doo villains to be back next time for total victory!

Recall Et All is suspending the recall campaigns for Senators Pete Lee (SD11) and Brittany Pettersen (SD22). We are confident in the success of our future efforts to recall both of these elected officials. In the meantime, we will continue to educate the public regarding the party-line politics being played in both districts that completely undermine the will of the people.

We want to thank each and every volunteer who fought through extreme heat, countless sunburns, and the harassment of dissenters which was not limited to vile name calling and crude gestures. Our dedicated volunteers also went up against the onslaught of paid protesters whose only purpose was to harass and intimidate. We learned that the leftists will stop at nothing to impede our signature-gathering efforts, as they focused on 60-80 year-old volunteers, mostly women.

We are so proud of our volunteers for standing up for freedom. They did not back down from these juvenile, dirty tactics! This opposition only showed the citizens of Colorado their true colors, making the decision to sign that much easier.

To our law enforcement officers and security guards, thank you for checking on us, treating us with dignity and respect, and recognizing our First Amendment rights.

Lastly, our sincere gratitude to the businesses in and around Senate Districts 11 and 22, both large and small, that protected our volunteers’ signature-gathering activities and their right to petition in parking lots, store fronts, etc. Protecting our freedoms is what this whole movement is about, and we will continue to fight that battle for the people of Colorado. The fight isn’t over, it’s just begun.

Considering that both Senators Lee and Pettersen won their 2018 elections overwhelmingly by double digits, it is hardly surprising the sore losers running these sham recalls are throwing in the towel. As has been the case with the previous failed recalls, this was never about their votes. These were far-right activists who are upset they lost so badly in 2018 and were desperate for a redo through these ridiculous recalls. The people of SD11 and SD22 saw through this sham, which is exactly why they rejected this cynical effort to overthrow their 2018 votes.

An attempted recall of state Sen. Pete Lee (D-Colorado Springs) fizzled today, as proponents will not meet the deadline to submit over 11,000 signatures.

Resist Polis PAC board member Kristina Finley confirmed that signatures will not be submitted by 5:00 PM today…

Recall Et Al, the issue group behind the recall, still has a donor pages for Sens. Brittany Pettersen (D-Lakewood) and Kerry Donovan (D-Vail). However, the local leader of the nascent movement to recall Donovan recently posted on Facebook that “it seems the effort is dying as more people are refusing to help or won’t volunteer.”

That’s the late-breaking word this afternoon from the Colorado Secretary of State–after a 60-day period to collect 11,304 signatures in the case of Sen. Pete Lee and the recall petition against Sen. Brittany Pettersen nearing its deadline next week, both campaigns are announcing failure–via Colorado Public Radio’s Bente Birkeland:

NOW : Recall efforts over for Senators Lee and Pettersen “Recall Et All is suspending the recall campaigns for Senators Pete Lee (SD11) and Brittany Pettersen (SD22). We are confident in the success of our future efforts to recall both of these elected officials.” #copolitics

They’re “confident in the success of their future efforts?” We’ve seen this one before:

And with that, another singularly stupid chapter in Colorado politics comes to an ignominious end–four recalls in succession now crashed and burned. We’ll update shortly with statements and coverage.