From Good Point To Silly Season In One Tweet

UPDATE (4:30 pm): The Colorado Sun has an update to this story in today’s Unaffiliated newsletter that may well alter its trajectory:

It’s worth noting that the “bulk” of the letter was actually written by former Democratic state Rep. Joe Salazar. [Pols emphasis] Salazar, a prominent Hickenlooper critic and oil and gas activist who leads the organization Colorado Rising, confirmed to The Sun on Tuesday that the note was his idea and that he actually approached the candidates about it.

Salazar said the women candidates offered input and that changes were made at their behest. He said his work on the letter was done in his personal capacity and that it doesn’t have anything to do with Colorado Rising.

Objectively speaking, what’s worse here? That it was a dude who wrote the letter ostensibly from women protesting the endorsement of a man in the race over women–or that the man in question is taking credit for the whole operation instead of deferring to the women who are supposed to be the story? Either way this does not, with all the facts in view, help anybody.

If anything, it’s an embarrassment. To everybody. 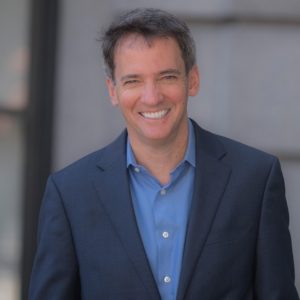 Denver7’s Blair Miller reports on an interesting couple of developments in the Democratic U.S. Senate primary we’d be remiss to simply ignore–not least because it’s truth we’ve previously observed in this space:

Six of the women vying for the Democratic nomination in Colorado’s 2020 U.S. Senate race sent a letter Monday to the Democratic Senatorial Campaign Committee and its leadership urging them to reconsider their early endorsement of John Hickenlooper in the race.

“We are writing today to urge the Democratic Senatorial Campaign Committee to reconsider its early endorsement of former Governor John Hickenlooper. All of us, like many women in Colorado and across the country, have seen well-qualified women passed over for male candidates in the workplace time and again,” wrote Sen. Angela Williams, Alice Madden, Diana Bray, Stephany Rose Spaulding, Lorena Garcia and Michelle Ferrigno Warren to the DSCC, Sen. Chuck Schumer and Sen. Catherine Cortez Masto.

They sent the letter on Monday, which was Women’s Equality Day 2019 in the U.S.

Let’s start with the most important point: our purpose in writing about this today is not to disparage the central message of these six women U.S. Senate candidates, which is that women are regularly prevented from reaching the top of their profession–and in the case of the state of Colorado, we’ve never elected a woman either governor or U.S. Senator, the two pinnacles of statewide elected office. They’re not wrong about this, and we’ve had occasion to agree in the past that it’s a status quo ripe for a change.

With that said, we don’t believe the present state of the Democratic U.S. Senate primary, or the Democratic Senatorial Campaign Committee’s (DSCC) decision to endorse John Hickenlooper from the outset in the race, is reflective of any deliberate bias against women candidates. As we’ve said before, this is an arithmetic question first and foremost–and if any of the large field of candidates in the race regardless of gender had gained traction before Hickenlooper’s entry it would be different. If you’re a candidate for the U.S. Senate and you can’t raise enough money to mount a successful campaign for the state legislature, you’re just not going to be taken seriously.

But it’s okay, because from here things took a turn for the…well, the farcical!

There’s no nice way to say this: this was a letter highlighting the fact that women have not been elected to Colorado’s highest elected offices, and it happens to be in this regard entirely accurate. But the white dude positioning himself as the scorched-earth underdog to the much bigger-name white dude who just got in the race does not get to glom on.

We’re sorry, that’s ridiculous. And it reinforces to us the need for a big reality check in this race.