Please, Please Don’t Throw Me Into the Recall Thicket!

“Everywhere you look, people are circulating petitions to recall elected officials throughout the state. And yes, it’s all a little silly.”

As you may have heard, there are a lot of nonsense recall campaigns being instituted by a handful of disgruntled Republicans still steaming over big election losses in 2018. Most, if not all, of these recall efforts appear doomed to fail because of disunity, disorganization, and a general lack of sense.

On Thursday, Republican Nancy “Don’t Call Me Pelosi” Pallozzi received official approval to restart her recall of State Sen. Brittany Pettersen (D-Lakewood), apparently after the group realized that they were basing their complaints in part on legislation that Pettersen never even had a chance to vote on (not to mention that the group was trying to collect petition signatures well outside of Pettersen’s actual Senate district).

Newspaper editorial boards across the state have been calling out these recall efforts for months. On Thursday, the editorial board of the Pueblo Chieftain took its turn at the piñata:

If you support the brand of democracy that our country’s founders intended, then you should be worried by all this…

…Absent some scandals or demonstrations of monumental incompetence, these recall efforts have to be viewed as what they really are — attempts to undo the will of the voters. The recall supporters are like those kids on the playground who always insisted on a “do-over” every time they lost a game. [Pols emphasis]

Do you want to make this summer a little less silly? Then don’t sign a frivolous recall petition.

The Chieftain makes a very succinct point in this regard by using the example of the various convoluted recall efforts targeting Gov. Jared Polis:

There’s been no indication he’s done anything illegal or improper during his first six months-plus on the job. To the contrary, he’s shown himself to be pretty much the person he advertised himself to be on the campaign trail last year. [Pols emphasis]

Are there people who disagree with some of his initiatives? Sure. Those were, in large part, the same people who voted against him last November. But guess what? Polis won that election, with the support of the majority of the state’s voters.

The Greeley Tribune made a similar argument in March about recall efforts targeting then-Rep. Rochelle Galindo:

The best advice we can offer recall backers is put your money into electing a better candidate in 2020. [Pols emphasis] In 2018, 22,783 people cast ballots, with more than 12,000 voting for Galindo. Republican candidate Michael Thuener received more than 10,000 votes, but still lost by 7 percentage points.

Recall elections are costly, especially considering the two-year timeline of elections for the District 50 seat. Instead, it’s fine to oppose Galindo, but let her do her job. Then if she’s not working for this community, elect a new candidate, but do it in 2020.

The Galindo recall was the first such effort of 2019…and also the first to acknowledge that its actions were strictly an attempt to re-do the November election. Back in April, former Weld County GOP Chairwoman Stacey Kjeldgaard candidly (or accidentally) admitted that that Galindo recall effort was mostly about the fact that she was a Democrat and not because of any of her actions or votes at the State Capitol.

“Recall is a tool voters should use only to remove people from office who are seriously negligent in performing their duties or are engaged in official misconduct.”

A few months later, the Grand Junction Sentinel hit on the same points:

Some Coloradans don’t like recent legislative outcomes, so they’re interested in either changing them or punishing lawmakers for taking certain positions…

…Throughout its history, The Sentinel has taken the position that recalls are only appropriate in cases of malfeasance or incapacity. Competence is in the eye of beholder. One voter’s anger over a legislator’s record is another’s joy. There’s a huge difference between recalling someone because they are corrupt and trying to remove them from office because you disagree with their policies.

There’s a handful of loosely related far-right extremists trying to undermine Colorado’s election system to serve their own political purposes. Among them is Joe Neville, who runs a political action committee called Values First Colorado. He’s the brother of GOP state Rep. Patrick Neville, a champion for snuffing bills like Colorado’s red flag law in favor of arming teachers with guns in schools. Joe Neville wants to recall a few Democratic state lawmakers because they voted for bills focusing on things like protecting children from sexual abuse by providing better sex ed at school, and a bill making sure local cops aren’t tools of national immigration police.

We’re not talking about extreme measures like making kids get their vaccines or making bikers wear motorcycle helmets, we’re talking about no-brainer legislation that real people in Colorado have repeatedly said they want.

These recalls are beyond Colorado crazy. This is Trump crazy.

About a month earlier, the editorial board of the Durango Herald explained how previous recall efforts merely proved that organizers were the ones who were out-of-touch with Colorado voters:

Colorado in this respect has been spooked by 2013, when two Democratic members of the state Senate were recalled, including the Senate president, after they supported gun-control measures. (Durango Rep. Mike McLachlan, another Democrat, also was targeted.) Republicans were elected in their stead, and then, in the 2014 election, they were defeated by Democrats. It was a circular exercise.

Last year, an effort to recall La Plata County Commissioner Gwen Lachelt, one of two Democrats on the three-seat board, fell just short of the number of petition signatures needed. Then, in November, voters put a third Democrat on the commission. 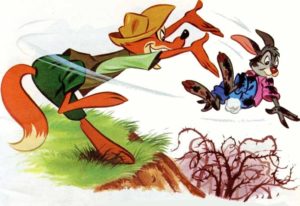 And here’s the editorial board of the Denver Post from April 10:

Some of the folks who are spinning this web of outrage, especially state House Minority Leader Patrick Neville, R-Castle Rock, should know better. His vocal support of the recall efforts of Sen. Jeff Bridges, Rep. Meg Froelich and Rep. Rochelle Galindo is painting him and the caucus he leads as political operatives rather than thoughtful lawmakers doing the work of the people at the Capitol.

Colorado Republicans aren’t really pretending that these recall efforts are anything other than an attempt to line the pockets of consultants and sidestep Colorado voters in order to sneak in a few more Republican lawmakers. As these editorials show, the folly of these recalls look the same anywhere you travel in Colorado.

We’ve thought for awhile now that the idiocy of these recall efforts is backfiring on Colorado Republicans by giving Democrats new reasons to organize and reach out to voters a year ahead of the next election. Ol’ Brer Rabbit would be mighty proud.