Pettersen Recall Gets Recalled After 3 Days

We noted over the weekend that efforts to recall State Sen. Brittany Pettersen (D-Lakewood) were off to a bit of a rough start, with the first petition-gathering event taking place at a location that isn’t even within the boundaries of SD-22. As Anna Staver reports for the Denver Post, the entire Pettersen recall effort is being retooled while the group tries to figure out what they are supposed to be mad about:

The people who want to recall @pettersen4co withdrew their petition. I’m told they’re changing the grounds for recalling her and plan to re-submit. #copolitics #coleg pic.twitter.com/JVLeVkat1p

We don’t yet know the details of why Republicans are attempting a do-over on the Pettersen recall petition, though we can speculate a couple of potential reasons. Perhaps the group decided that Nancy “Don’t Call Me Pelosi” Pallozzi was not the ideal figurehead for the effort. It’s also possible that the group needs to get its hands on a more accurate map of the Lakewood Senate district.

Or perhaps the Recall Pettersen team realized that they made a pretty big mistake in their homework. The recall petition targeting Sen. Pettersen included an incorrect complaint about an alleged vote on HB-1312 (School Immunization Requirements), stating that Pettersen should be recalled in part “because she voted for the passage of” HB-1312. 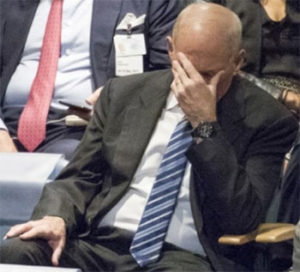 Trying to increase vaccination rates among Colorado children was a hot topic at the State Capitol for much of the 2019 session, and HB-1312 was ultimately killed before it could come to a vote in the State Senate. Since Pettersen was not on any of the committees that heard earlier versions of the bill, she never cast a vote on HB-1312 one way or the other.

None of the various recall attempts underway in Colorado make any real sense from a practical perspective. Pettersen was elected in November 2018 by a nearly 17-point margin, which does not suggest an undercurrent of disagreement among voters. The feuding groups trying to recall Gov. Jared Polis are likewise ignoring the fact that he defeated Republican Walker Stapleton by 11 points last fall.

The Pettersen recall malfunction is yet another entry in a growing list of blunders from a handful of Republicans activists and consultants who are trying to figure out a way to get around the fact that Colorado voters elected a bunch of Democrats in 2018. We called these efforts “half-baked” in a previous post, but even that might have been a significant overestimation on our part.