Trump chalks up dramatic success with tariff pressure on Mexico. But no thanks to RINO Senator Cory Gardner. Which poses a 2020 dilemma for Colorado Republican voters — should we even bother with anti-MAGA Gardner??https://t.co/o8ZVo4ULrT 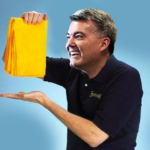 We wrote yesterday about the political peril Sen. Cory Gardner finds himself in following the “resolution” of President Donald Trump’s latest spate of wildly unpopular tariff threats against Mexico. Within the conservative news bubble from which the Republican base obtains most of their information about current events, Trump’s announcement Friday that Mexico had agreed to last-minute demands averting a 5% tariff on goods from Mexico from taking effect today was a triumph for the President. The rest of the country, understanding that this “last minute deal” had been agreed to weeks before by both governments, doesn’t consider any of this a “win” either for Trump or the jittery national economy.

Like most Republican Senators, there was never really a question whether Sen. Gardner could countenance support for punitive tariffs against Mexico. This latest round of unilateral threatmaking from Trump against Mexico saw Republican Senators provoked dissent against the President in the most public fashion since Trump took office–more backlash than equal or even more serious issues like the killing of Washington Post columnist Jamal Khashoggi by Saudi Arabia’s government earned. The controversy over Trump’s threatened tariffs on Mexico raged for days while Gardner kept his head down, and only spoke up last Friday just hours before Trump “triumphed.”

Received a $ request for for Cory Gardner’s campaign After I finished laughing I told them never ask me to support that CO RINO who has gone against Trump many times wished he had been primaried. All those RINOS go to hell – my $ goes directly to Trump only @CoryGardner @GOP

At (literally) the end of the day, Gardner waited too long to make a difference in the tariff debate–but speaking up at all nonetheless earned Gardner the renewed wrath of Trump’s loyal Republican base. Gardner is under continuous pressure to please base Republicans without whom he can’t be re-elected, while at the same time remaining viable in a state whose politics are rapidly trending away from both Trump and the Republican brand generally. The inability to satisfy those opposing audiences is why Gardner is the only incumbent Republican Senator with a sub-50% approval rating among fellow Republicans.

In the coming months, Gardner is likely to face more such impossible tests, and it’s likely he will continue to suffer from tepid support among base Republican voters. In the worst case Gardner is wide open to a primary challenge, though we’d have a hard time identifying a viable replacement. At the very least, Gardner is critically weak going into his re-election bid–lacking base Republican support for opposing Trump, however belatedly, and having alienated the middle for backing Trump every time it mattered.

It’s as close to a no-win situation as you’ll find in politics.