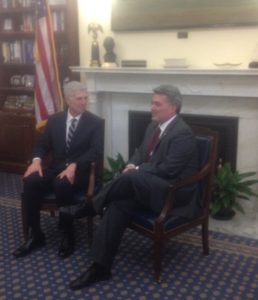 The Supreme Court issued a ruling today that is a clear red alert about the potential for a later ruling that could overturn Roe v. Wade. From Slate.com:

On Monday, in a 5–4 ruling, the Supreme Court overturned a 40-year-old precedent for the simple reason that five conservative justices didn’t like it. The decision itself is unfortunate, allowing states to duck lawsuits filed against them in other states’ courts at the expense of wronged plaintiffs. But the most significant aspect of the ruling may be its cavalier treatment of precedent, which—as the dissenting justices noted in a not-so-veiled warning—signals how the majority seems to be laying the groundwork for the reversal of Roe v. Wade…

…Throwing 40 years of precedent out the window, [Justice Clarence] Thomas wrote that states have sovereign immunity from private lawsuits brought in courts of other states. Nevada courts thus have no authority to try the California board, a state agency, or impose penalties for its abuses. Hyatt is out of luck.

Thomas’ opinion is remarkable for two reasons. First, it fails to identify a specific provision in the Constitution to support this sweeping new grant of sovereign immunity. That’s because there is none. This new rule may please supporters of states’ rights—but as Justice Sonia Sotomayor noted at oral arguments, the Framers “didn’t put it in the Constitution.” 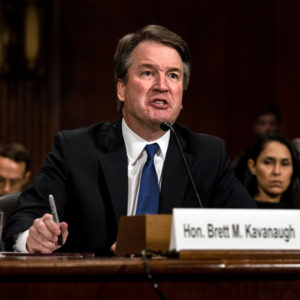 As the Washington Post reports, Supreme Court Justice Stephen G. Breyer is pretty direct about his concerns about how this decision could affect other pending cases:

It is “dangerous to overrule a decision only because five members of a later court come to agree with earlier dissenters on a difficult legal question,” Breyer wrote, adding: “Today’s decision can only cause one to wonder which cases the court will overrule next.” [Pols emphasis]

As Mark Joseph Stern notes for Slate.com, now-Justice Mark Kavanaugh touted the importance of legal precedent during his confirmation hearings last year; on Monday, Kavanaugh demonstrated that his beliefs about “precedence” were little more than words.