One of the prevalent narratives of the 2018 elections in Colorado is a tremendous gap in voter enthusiasm between Republicans on the defensive under Donald Trump’s widening cloud and Democrats surging to avenge themselves upon every candidate with an (R) after their name. This difference in enthusiasm is broadly evident in the final weekend of field campaigning before Tuesday’s election, with photographic evidence all over social media. 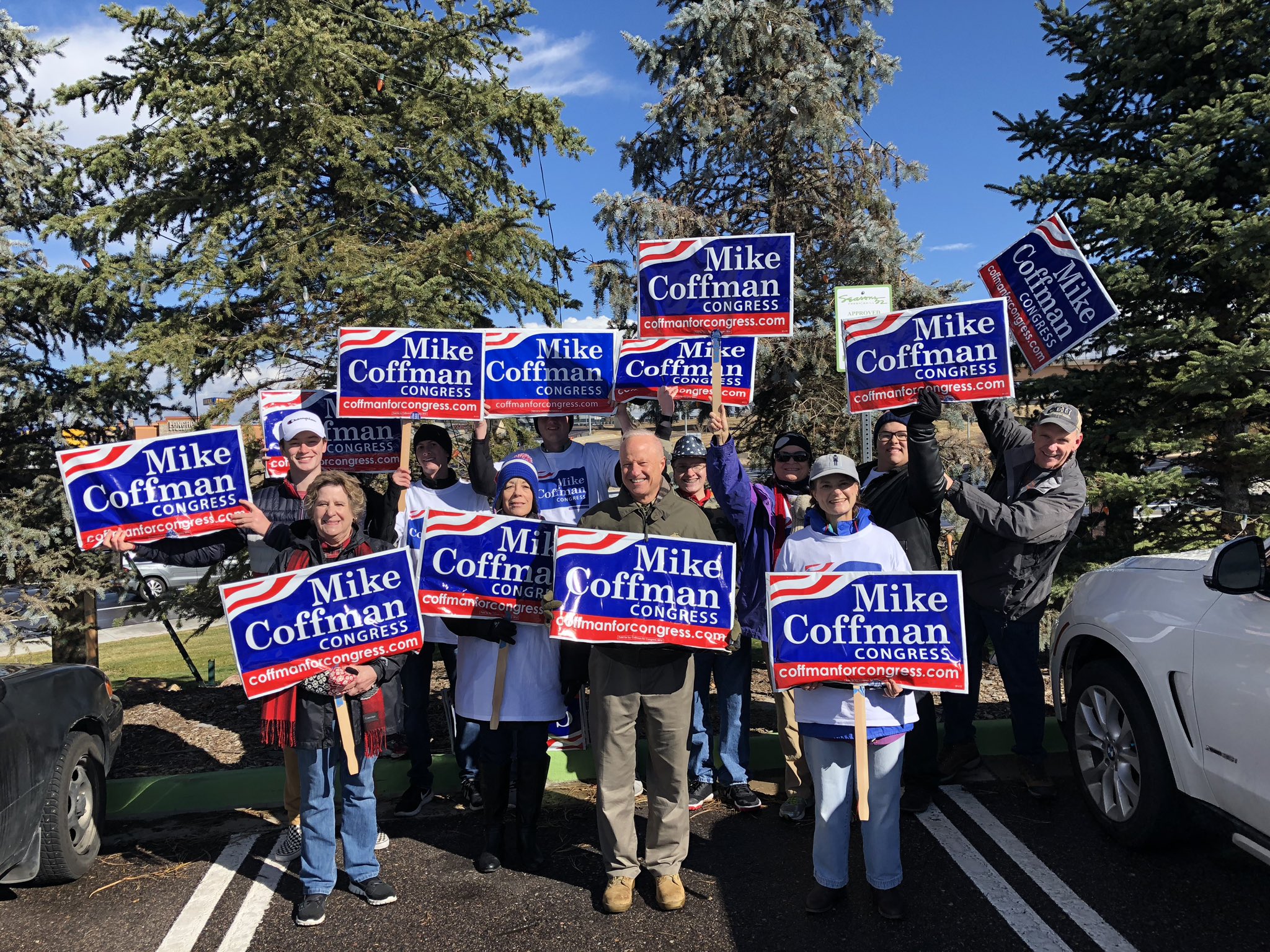 On the Saturday before Election Day in a race GOP incumbent Rep. Mike Coffman is expected by every responsible observer to lose, it would seem that friends are hard to come by. We count ten supporters in this picture, some of whom we assume are staff.

A similar story appears to be playing out in races all over the state. In the slate of key state senate races set to determine control of the chamber, big crowds of canvassers mobilized this morning for Faith Winter, Jessie Danielson, Tammy Story, Brittany Pettersen, and Kerry Donovan’s re-election on the Western Slope.

In the interest of fairness, here’s GOP gubernatorial nominee Walker Stapleton rallying a respectable number of party faithful in the conservative exurban bastion of Douglas County this morning:

But any Republican feeling reassured by this decent turnout in solidly Republican Douglas County is going to have to explain Democratic nominee Jared Polis’ substantially bigger crowd last night in the equally arch-conservative bastion of Colorado Springs. Here’s a campaign not conceding a single precinct: 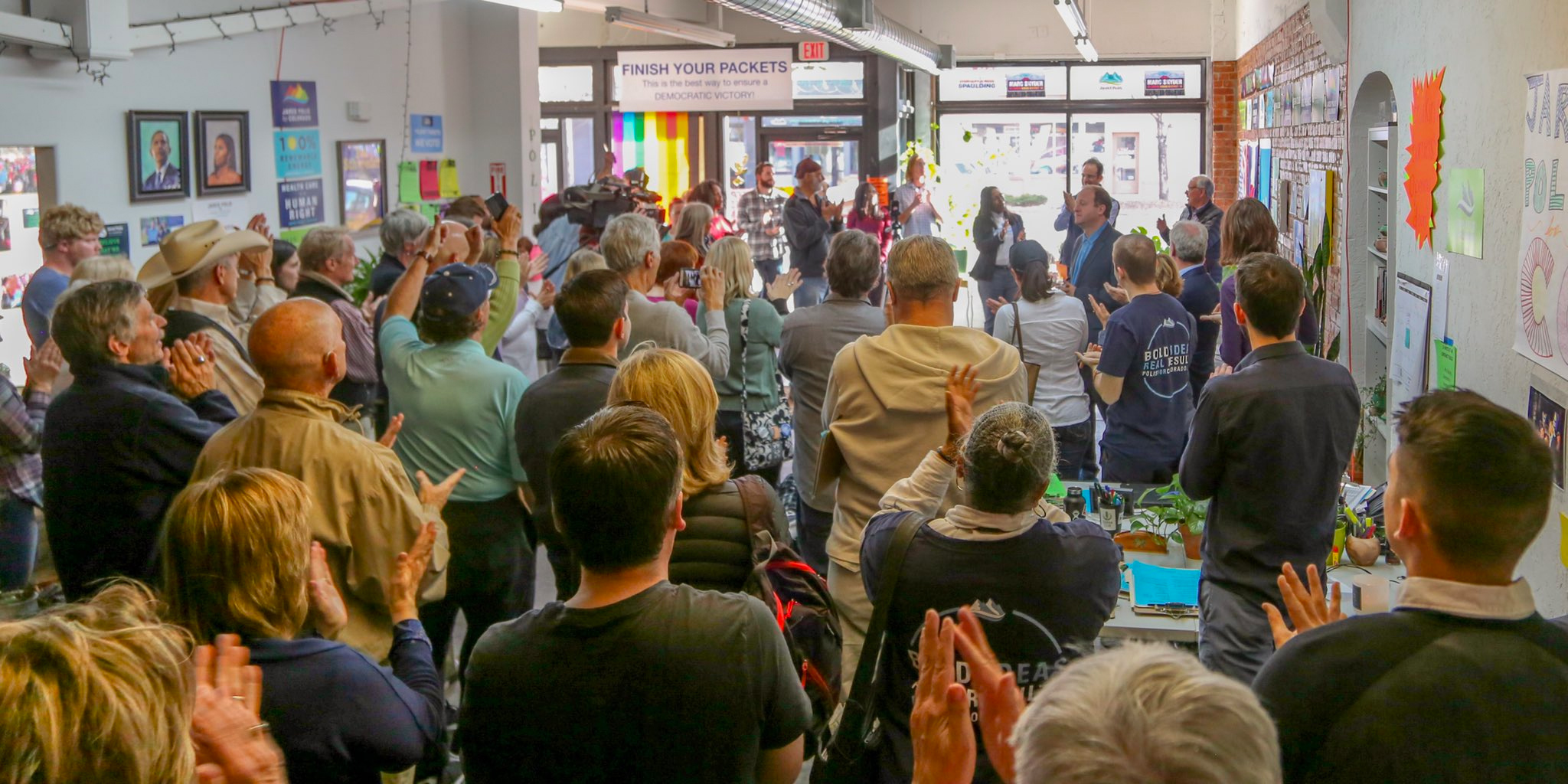 The rule of winning statewide in Colorado is that you have to run up the score in your base regions of the state, but you can’t lose too badly in areas you’re destined to lose. El Paso County’s large number of Democratic and swingable votes can’t be overlooked simply because they don’t add up to a majority in El Paso County–and the Polis campaign clearly understands this.

All told, the photos tell a story consistent with the polling and analysis that all says Tuesday will be a very good night for Colorado Democrats up and down the ballot. There’s certainly no sign of complacency here on the part of Democrats, which would pose the biggest danger at this point of undercutting Tuesday’s results. This is a party mindful of the opportunity this election presents, and determined to close the deal.

If you have photos from campaign events, field operations, or anything else that helps document this unfolding moment in history, please share them in comments below.