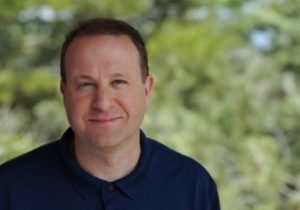 On Sunday, the Aurora Sentinel made the first major newspaper endorsement in the 2018 race for Governor. The Sentinel’s endorsement of Democrat Jared Polis included a no-holds-barred takedown of Republican Walker Stapleton that began with the very first sentence:

Making the case for Jared Polis to become Colorado’s next governor is just as easy as understanding why Walker Stapleton is unsuited for the job.

Today the Denver Post published their own endorsement in the race for Governor: A cheery, flattering, and wholehearted backing of Polis:

Coloradans have the chance to cast their vote this fall for a governor who is thoughtful, innovative and has proved his mettle as a leader both in the business world and as a congressman for the past decade.

Jared Polis, 43, has a vision for this great state that is easy to support, and critically, we think he has the gumption to actually deliver results…

…Coloradans would be fortunate to have Polis as governor pushing for a brighter future.

He’s won our endorsement and we hope he wins your vote. [Pols emphasis]

While the Post isn’t as negative about Stapleton as the Sentinel, there is no indication that backing Polis was in any way a difficult decision for the Post editorial board. Oftentimes editorials like this will go out of their way to praise both candidates and call the decision-making process a “tough call” between “two well-qualified individuals.” It’s telling that the Post does not do this, reserving these four lines for Stapleton:

But the current state Treasurer’s vision seems less well-defined and is based in large part on a dedication to fiscally sound practices.

While admirable, it isn’t as critical a priority in a place like Colorado where voters must approve tax increases and debt increases and where the annual budget must be balanced (according to law) — on time, every year.

Stapleton has made immigration a major issue in his public campaign, which we think is overstating the impact a mostly federal problem is having on the day-to-day lives of Coloradans.

There are much more important issues than making sure that the rare person arrested on a felony charge and released from jail while awaiting a trial is instead held until federal immigration officials can make their own apprehension.

Of course, the endorsement of one or two newspapers — even those that cover two of Colorado’s largest cities — does not in itself mean that Polis is headed to victory in November (though there is plenty of reason to call him the clear frontrunner).

What these endorsements do confirm, however, is that Stapleton’s campaign strategy is an abject failure. Stapleton says very little about important issues in Colorado, choosing instead to focus on the same tired attacks about Polis and his “extreme and radical agenda.” If you’re going to try to paint your opponent as an extremist, it had better work; otherwise, news outlets like the Sentinel and the Post destroy that entire narrative with a single endorsement.

As we pointed out last month, Stapleton’s “policy ideas” are about as fulfilling as eating a sleeve of saltine crackers for dinner. This is the other broken leg of his campaign stool, because without real ideas for solving real problems, Stapleton’s entire message just boils down to, “But, I’m not Jared Polis.” That might work if you were running against a lunatic like former Alabama Senate candidate Roy Moore, but it’s toothless against a solid, likable candidate such as Polis — particularly when Polis is all over the airwaves with positive messages.

Walker Stapleton’s gubernatorial campaign isn’t dead…yet. But nobody would blame them if they started making funeral arrangements.