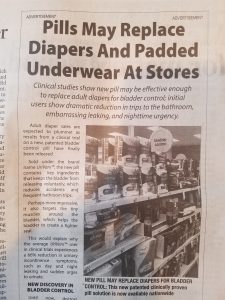 Much has been made of The Denver Post’s hedge-fund owner’s strategy of sucking profit from the enterprise while sending it into a death spiral with staff cuts that undermine the core journalistic mission of newspaper.

But everyone who tracks The Post knows that the paper’s problems run much deeper than Alden Global, its owner.

The core subscriber base of The Post’s print edition, which is still a major revenue source for big city dailies, is getting older and dying–while younger people don’t want to pay for journalism at all–online and certainly not in print.

Ironically, the newspaper’s precarious financial condition is undoubtedly the major reason its accepting fake news advertisements that brazenly aim to manipulate the loyal audience that continues to love and cherish the newspaper: old people.

Since March, I’ve tracked some of the fake-news ads that run in the Post’s print edition. To me, they’re shocking, funny, and heart-breaking, especially because I’ve seen them work on my very own mom.

I’m sure they’re hated by the fine journalists who work at The Post, but that doesn’t make the ads, often with fake bylines and disclaimers too tiny for the eyes of many oldsters, any less disgraceful.

Tuesday’s ad, for example, was headlined:

“David Watson Associated Health Press” was the journalist-ish name atop the article. A Google search for this person revealed ads in newspapers across the country, including one with his name on it from the St. Louis Post Dispatch, which surely has the same audience problem as The Denver Post. The title of the St. Louis Post ad: “New Numbing Drug Relieves Crippling Arthritis Without Pills or Needles.” (A previous ad on a similar topic had “Robert Ward, Associated Health Press, as the author). 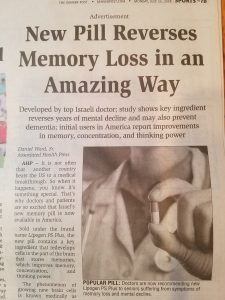 To its credit, The Post labels the ads as advertisements, but the warning is too small and does not get the newspaper off the hook for promoting the same fake news it purports to hate.

The ads undermine The Denver Post’s most valuable asset, which is its credibility as a trusted news source.

Here’s some other sample headlines of ads printed since March 13 in The Denver Post:

Why haven’t senior homeowners been told these facts? Subhead: Keep reading if you own a home in the US and were born before 1955 (July 7). 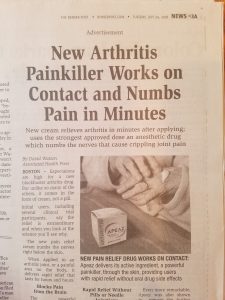 Adult diapers may no longer be needed thanks to amazing new pill (March 15).

Pill used in Germany for 53 years relieves joint pain in 7 days without side effects. Subhead: Now available in the US without a prescription! By JK Roberts, interactive news media. (March 14).

I don’t mean to hit The Denver Post when its down, but the victims of these ads deserve to know that none of this is news that’s been vetted by their trusted Denver Post. The deception is probably working. Otherwise these ads would have stopped months ago. 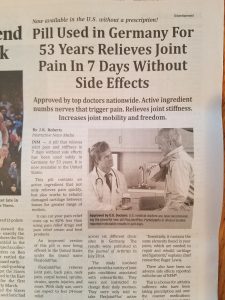 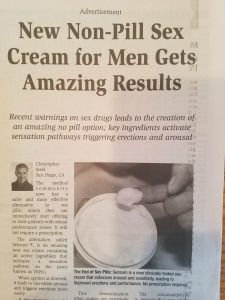 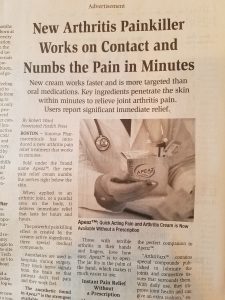 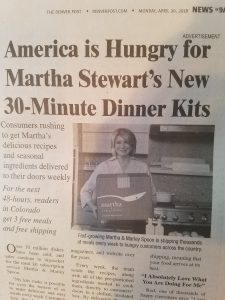 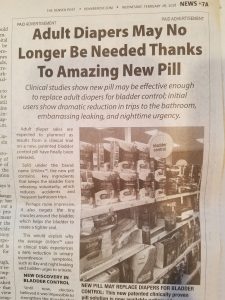 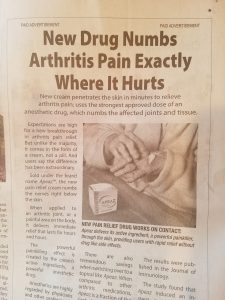