Gazette Lashes Out In Defense of Hate Groups 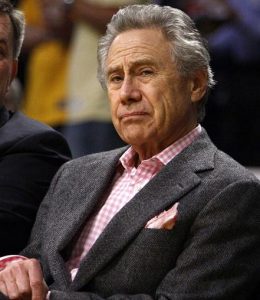 An editorial published in the Phil Anschutz-owned Colorado Springs Gazette yesterday mounts a surprisingly bitter and sweeping attack on the Southern Poverty Law Center, who readers may know agreed to a significant settlement this week to a person accused of supporting anti-Muslim hate, later stating that accusation was in error.

For the Gazette, this settlement opened some kind of weird floodgate–where seemingly everyone ever labeled by the SPLC as a hate group now has a viable challenge:

The SPLC’s hate map is a political weapon that lists peaceful religious and civil rights organizations as haters. It places them alongside the legitimately hateful Ku Klux Klan, Neo-Nazi’s, and the Westboro Baptist church of “God Hates” gay people.

This space occasionally provides examples of the SPLC hate-listing people the organization simply disagrees with. Here in Colorado Springs, the SPLC lists The Pray in Jesus Name Project, The Family Research Institute, and Christian Civil Rights Watch as “hate groups.”

Now, the Pray in Jesus’ Name project is the Youtube “ministry” run by former Rep. Gordon Klingenschmitt–who has said enough unambiguously hateful things in his few years in the local spotlight to fill a warehouse. The Springs-based Family Research Institute, operated by notorious anti-gay quack psychologist Paul Cameron, seems to be a perfectly defensible listing by the SPLC as a hate group as well:

Among [Cameron’s] more recent defamations was an FRI pamphlet asserting the primary activity of the gay rights movement is “seeking to legitimize child-adult homosexual sex.” In another, he claimed that with “the rise of the gay rights movement, homosexual rape of men appears to have increased.” In yet another, he wrote, “Homosexuals were three times more likely to admit to having made an obscene phone call” and “a third more apt to report a traffic ticket or traffic accident in the past 5 years.”

…In late 2010, reacting to reports that his group had once again been listed by the Southern Poverty Law Center as a hate group, Cameron told The (Colorado Springs, Colo.) Gazette that he believed homosexuality should be criminalized in America and that he was fine with a proposed bill in Uganda that would punish some gay sexual acts with death (“Whatever they decide, I’m OK with”). He also proposed heavily taxing gays and single adults because of their failure to produce children. And he suggested that gays and lesbians undergo a “public shaming” of some kind. [Pols emphasis] 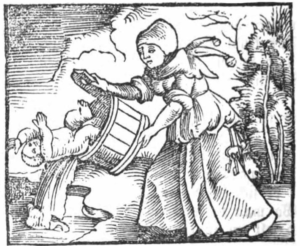 So no, we’re not seeing the connection between this settlement with one person who was apparently wrongly accused by the SPLC of supporting hate against Muslims to everybody ever accused of being a hate group by the SPLC suddenly having a second chance at legitimacy. And the specific local cases the Gazette cites above inspire the opposite of sympathy.

And for all that, the Gazette wasn’t done:

Given this sensible definition, we wonder when the SPLC plans to include the Colorado Civil Rights Commission on its “Hate Map.”

It’s true that the recent Masterpiece Cakeshop Supreme Court case sidestepped a ruling on the merits of the case by concluding that the Colorado Civil Rights Commission had shown a “hostility toward religion” in its proceedings. But that doesn’t mean the underlying decision by the Commission that Masterpiece Cakeshop had discriminated was wrong. And to compare the work of a commission charged with protecting citizens from discrimination to groups on the SPLC’s hate group list who are avowed proponents of discrimination is offensive in the extreme–as much as President Donald Trump asserting there are “very fine people on both sides” after a white supremacist plowed his car into anti-Nazi protesters at Charlottesville.

Because we think the cool kids who supply Anschutz with his billions really ought to know about this.