Destroy Congress! But Elect Me First! 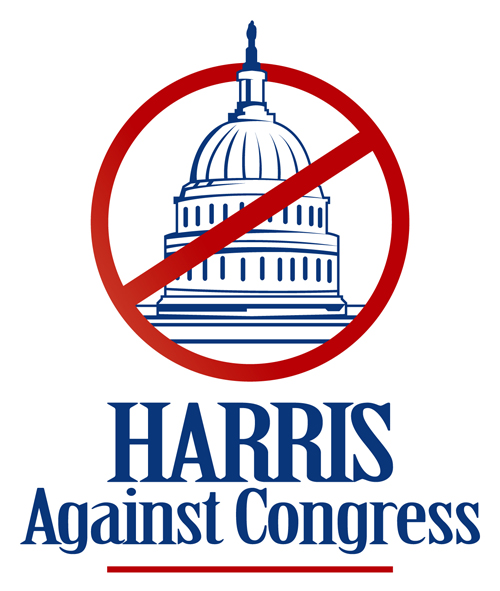 In politics, sadly, logic can often only get you so far. In the case of Curtis Harris, he hasn’t yet bothered with it.

This is the logo that Harris is using to campaign as a Libertarian running for — yes, Congress — in CD-2. Here’s the explanation on his website:

I am ‘Against Congress’ because, as an institution of government, it is a failure.

The issue of its failure is fundamental to my campaign.  In poll after poll, the public’s opinion of the Congress is negative…

…With my logo and my campaign, I am trying to create a paradigm shift in the thinking and behavior of American voters.  We must elect people to Congress who will return the institution to its Constitutional purposes.

Harris reminds us of an Independent candidate named Gary Swing who ran for U.S. Senate in 2004. Swing’s major campaign tenet was that if elected, he promised to abolish the U.S. Senate altogether. Which makes sense.

Harris has absolutely no chance of beating Rep. Jared Polis in 2010, but that’s okay, because he hates Congress anyway.