Grand Junction, CO. – Republican members of the House Natural Resources Committee, chaired by virulent anti-public lands crusader Rob Bishop of Utah, will be in town on June 1 to hold a “field hearing” on oil shale and LNG export.  The Grand Junction Daily Sentinel is reporting:

The congressional district encompasses the nation’s second-largest known natural gas reserve in the Piceance Basin, as well as the world’s richest deposits of oil shale.

Interest in oil shale has picked up and “we need to look at what role, if necessary, the federal government should play in it,” Tipton said.

The hearing also is to take up the Jordan Cove project, which would include construction of pipelines that would carry natural gas from the Piceance Basin to export terminals at Jordan Cove on Coos Bay, Oregon. For well over a hundred years the foolish have been separated from their money chasing dreams of oil shale.

The dream to economically mine the sedimentary rock known as “oil shale” (which is neither) to manufacture dirty fuel, is one that regularly proves the old saw, that oil shale is the “fuel of the future…and always will be.”

But dreams die hard, at least for those willing to do the bidding of powerful interests hoping to make a buck.

The Western Slope will “Lubricate the World.”

When he came it was known only as “the Junction”, because a railroad just nosing its way though the wilderness had selected it for a minor division point. Great mountains of shale extended in all directions from it: one could throw a slab of shale on a camp-fire and watch the oil ooze from it, and see the slow flame which consumed the oil.

“Some day the oil wells are going to run dry,” John Abbot declared. “There will be no other source but this shale. We have whole mountains of it. One day Western Colorado will lubricate the world… We will name this place Shale City.” So it was done. – from Eclipse, by Dalton Trumbo

That old saw about oil shale always being the “fuel of the future,” could have already been familiar in the time Trumbo described in his thinly fictionalized novel about the early history of Grand Junction. Abbot, the novel’s protagonist loses everything in the end which has been the way oil shale has gone, over, and over, and over again.

Despite over a hundred years of effort, the kerogen-bearing rock known as “oil shale” has never been an economical source for fuel.

But big oil funded politicians aren’t letting that get in the way of a chance to stage some theater by way of one-sided “testimony” in favor of turning rock into oil and massive acreage of western Colorado and eastern Utah into an industrial zone.

“We’re from Houston and we’re here to help you,” they said.

The devastation wrought to western Colorado’s economy from the oil shale bust of 1982 has not yet faded from the minds of many here, that lived through it or in its decades-long aftermath. Colorado historian Andrew Gulliford describes the time in a 2012 essay he wrote for High Country News:

County commissioners smiled back as they trotted out their wish lists. Then on Sunday, May 2, 1982, it all went pop. Exxon’s board of directors frowned at the declining price of oil and pulled the plug, leaving the valley in shock.

Businesses that had survived the Great Depression in the 1930s failed after Exxon’s pullout. Overnight, 2,300 people were out of work. Within a week, there were no U-Haul trailers within 100 miles. By summer’s end, 5,000 people had deserted the valley, and over the next few years 15,000 people would become Colorado exiles. My wife and I left, too.

Even before “Black Sunday,” as the crash of May 2, 1982 is known, oil shale was paying off for a few: through rampant speculation and scams. These date back at least to the early Twentieth Century.

These scams too are a thing of legend, subject matter for Trumbo, and continuing to this day.

The hustlers and shysters and ne’er-do-wells peddling these lies are empowered in part by irresponsible politicians–such as the notoriously anti-environmental members on the House Natural Resources Committee. Still all these bad examples are not enough, it seems, to quench the dream that somehow this rock can be turned into gold.

The dream to transmute this stone into the elixir of an economic fuel has been hampered, like turning lead to gold, by physical and economic reality.

Without unpackaging that, or detailing the long, laborious, and extremely costly attempts–over decades by major oil and gas companies and innovative entrepreneurs alike, all failed–a new reality is arriving. 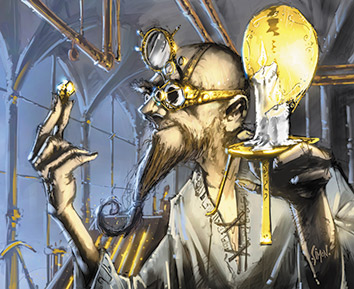 Rep. Scott Tipton and House Republicans are holding a field hearing in Grand Junction to discuss the future of oil shale.

The toll of our carbon problem grows. As the Colorado River–which waters seven states and is subject to international treaty–is a relative trickle, with wild fire and hurricane season both at the door, this field hearing will convene. Looking at the “witness” list we can reasonably assume that none of those matters will be a priority, although it is certainly on the minds of Colorado’s irrigators, fire crews, and first-responders.

Congress, holding the purse-strings, might consider the cost of bailing out another major American city, or responding to another devastated coastal or island community. And although Mr. Tipton might want to limit Coloradans access to SNAP benefits due to fiscal concerns, he seems to exhibit a bit of a reckless disregard when it comes to pushing bad policy that would cost taxpayers but boost his benefactors. Presumably those donors will help assuage any misgivings he might have. The early history of the oil shale pioneers is full of interesting characters, hair-brained schemes, and dismal failure.

The Rocky Mountain Institute just released a report showing that the cost of renewable energy to generate power is rapidly making fossil fuel uneconomical. This includes not only coal, which has been trending in that direction for a while, but also natural gas. Cheap gas is what really drove the stake in coal over the past decade, and now renewables are poised to do that to fracked gas.

With major research institutions, a robust state economy, numerous energy pioneers, and ample wind and sunshine, Colorado can certainly be a national and global leader in the energy and power transformation underway. To ignore this opportunity will be to the detriment of our economy and our environment.

Two members of Colorado’s delegation will be at the field hearing in Grand Junction. Rep. Tipton, who is a co-sponsor with his committee leader Rob Bishop, and Rep. Doug Lamborn, who, after years in Congress, had to sue himself onto the ballot after failing to petition on. There may be no power source on earth that can brighten that bulb.

But Mr. Tipton, at least, might benefit from a reminder that places like the Piceance Basin are more important to the state, and to voters, as top-quality habitat, watershed, and public lands, than as a massive open pit mine or an industrial zone. Likewise our Senators, although neither will be at this House hearing, need to hear that doubling down on failed strategies from the past is absolutely the wrong way for Colorado to move forward.